A video showing actress-turned-politician Khushbu Sundar slapping a man over alleged misbehaviour during a rally here has gone viral on the social media. 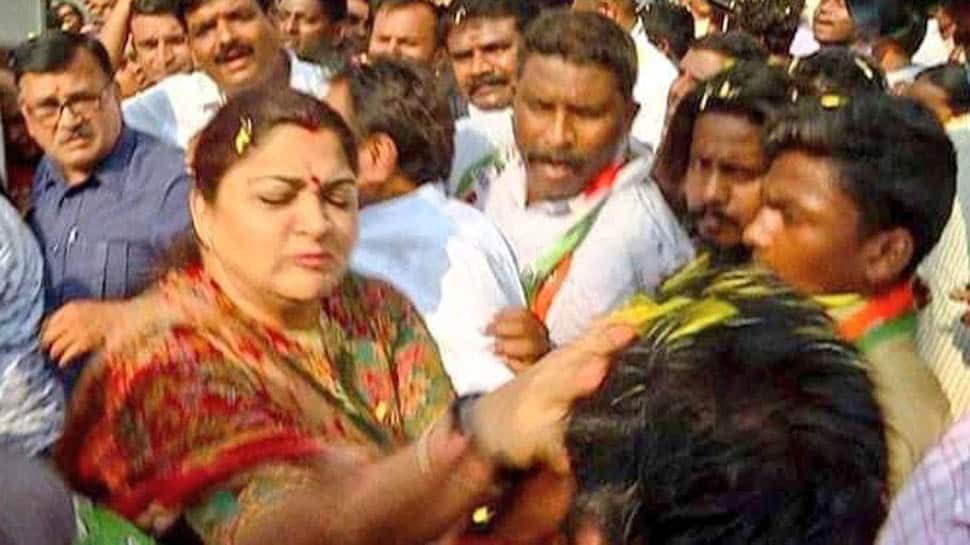 Bengaluru: A video showing actress-turned-politician Khushbu Sundar slapping a man over alleged misbehaviour during a rally here has gone viral on the social media.

In the brief video clip available on Twitter, the Congress spokesperson is seen jostling for space in a crowd and then suddenly turning and slapping a man before a policeman takes him away.

As the clip went viral, Khushbu did not offer any comment of her own but retweeted the remarks made by her followers and some media reports.

A media report on the incident, which was retweeted by the actress, states that the incident took place during a road show when she was campaigning for Central Congress candidate Rizwan Arshad here.

Social media users praised her for showing "courage" and not tolerating any misbehaviour.

"That`s a job well done. Nobody has the right to abuse and if he does then he should be punished," commented one of her followers.

RJD, Congress may contest as rivals from Bihar's Madhubani