Patel made the remarks hours after Rahul Gandhi posted a tweet expressing Congress' willingness to forge an alliance in Delhi with Arvind Kejriwal-led party. 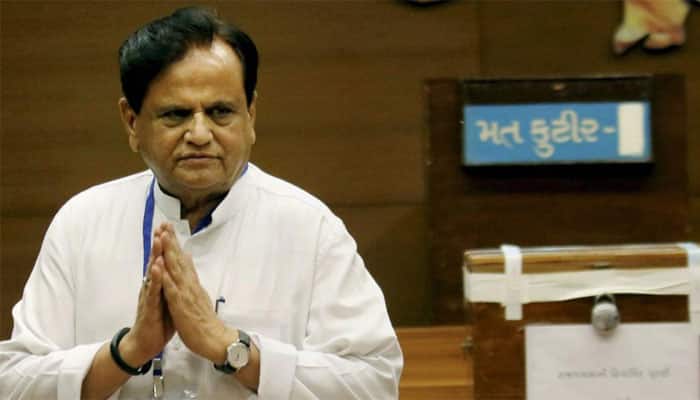 VADODARA: Commenting on the ongoing speculations over an alliance between the Congress and Aam Aadmi Party (AAP) in Delhi ahead of the Lok Sabha poll, senior Congress leader Ahmed Patel said on Monday that a final decision in this regard should be taken by AAP. "We have earlier said that our state units of Punjab and Haryana are not ready to forge an alliance. In Delhi, Congress president convinced our Delhi unit that the alliance is important. They (AAP) were asking for four seats in Haryana. One for AAP while three for Dushyant Chautala ji`s party. In Punjab, they were asking for four seats then later one seat," Patel told reporters.

He added that Congress president Rahul Gandhi held talks over this matter with party leaders but state units were not in favour of forging an alliance with AAP.  "Congress president talked with them but state units were not ready to forge alliance so there is no question on the alliance. We are openly giving 3-3 formula and one seat for a common candidate. Then they said that they will take four. But they put a condition that they will forge alliance only if the alliance takes place for Haryana as well. What is his intention to link Delhi with Haryana? I don`t understand," Patel remarked.

Patel made the remarks hours after Rahul Gandhi posted a tweet expressing Congress' willingness to forge an alliance in Delhi with Arvind Kejriwal-led party. In his tweet, the Congress chief said that his party is still open to giving up four seats to the AAP in order to finalise the seat-sharing agreement in Delhi and ensure that BJP loses all seven seats in the national capital.

Commenting on Rahul's tweet, Patel, who is considered very close to former Congress president Sonia Gandhi, said that the AAP cannot raise question over the intention of the Congress. He stressed that the ball is in their court as Congress is still ready to hold talks over this issue.

AAP chief and Delhi Chief Minister Arvind Kejriwal took no time in responding to Rahul's jibe and he hit back at the Congress leader by saying that his party was helping Prime Minister Narendra Modi and BJP by dividing the anti-BJP votes in Uttar Pradesh and other states.

In 2014, BJP had won all seven seats from Delhi with AAP and Congress failing to open their account. Experts maintain that if the AAP and Congress decide to contest the Lok Sabha poll alone then it will be a huge advantage for the BJP and the party may win all seven seats this time too. However, of the two parties decide to join hands then it will become very tough for the BJP to retain all its seat in Delhi. It is to be noted that both AAP and Congress have a common vote bank of poor and Muslims and the division of this had helped BJP in the last Lok Sabha poll.

The voting for all seven seats in Delhi is scheduled to take place on May 12.