Scindia, who is Congress's general secretary, was accompanied by party workers and other top leaders of the party. 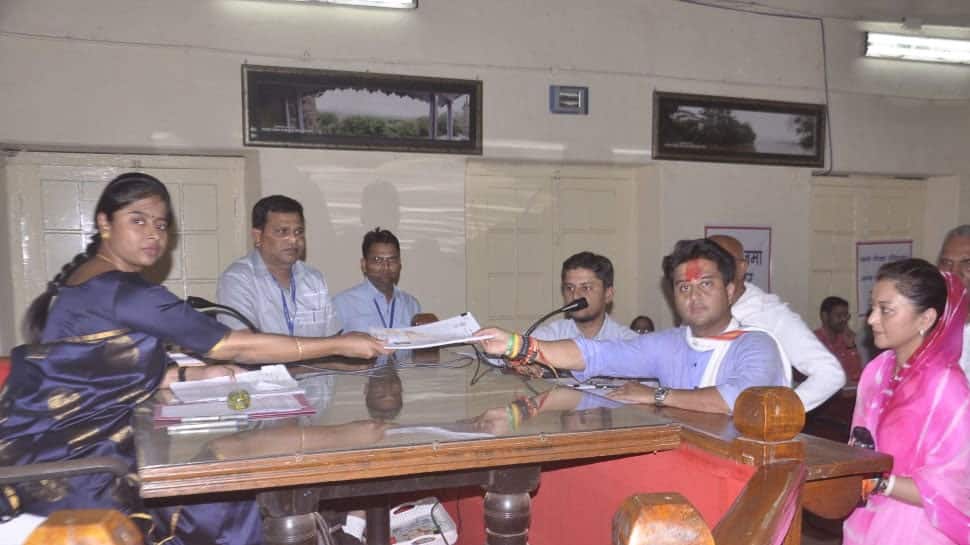 Ahead of filing his nomination papers, Scindia held a roadshow from Guna to Shivpuri in an especially designed hi-tech chariot carrying all top MP Congress leaders.

Scindia, who is Congress's general secretary, was accompanied by party workers and other top leaders of the party.

Jyotiraditya Scindia, who was the deputy leader of the party in the outgoing 16th Lok Sabha, also has an important role in Uttar Pradesh, where he is the general secretary in-charge of the western part of the state.

While talking to reporters after filing his nomination, Scindia expressed confidence that his party will win maximum seats in Madhya Pradesh in the 2019 Lok Sabha polls.

He also claimed that the BJP will be decimated here as it was rejected by the people in the last assembly electons in the state.

He was responding to a query on Thakur, an accused in the 2008 Malegaon blast case, earlier claiming that her fight with Singh, a strident critic of the Sangh Parivar, was a "dharm yudh".

"This is a fight between a handful of people in suit- boot (well to do) and the public," the Guna MP said.

He refused to comment further on Thakur or the charges she was facing in the Malegaon blast case, citing that the matter was sub judice.