Madhav, during his address, also sought people's cooperation in wiping out terrorism from the state. 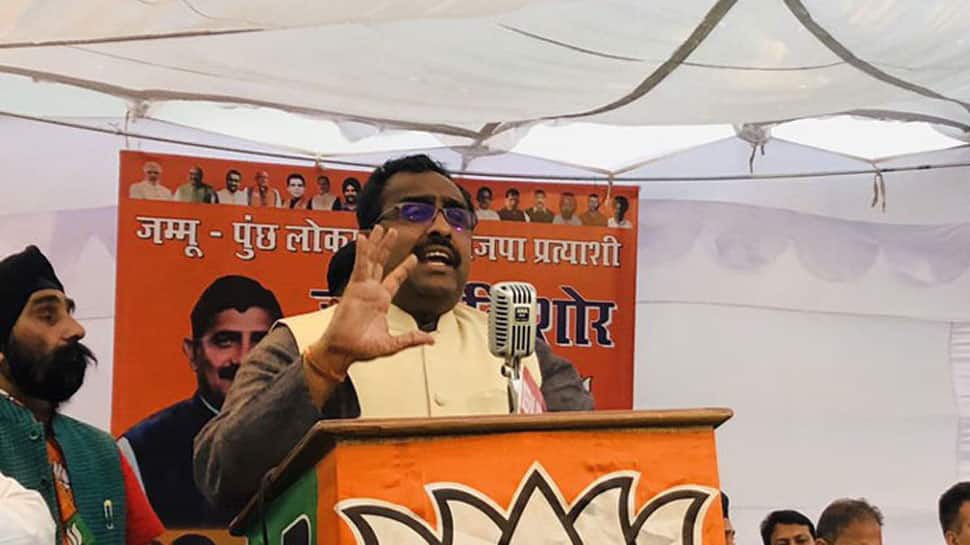 Srinagar: BJP national general secretary Ram Madhav on Saturday launched an attack on Congress saying that the party's manifesto for the 2019 Lok Sabha election has been made to gather votes of the separatists of Jammu and Kashmir. It has no vision for India, he added.

Madhav further said that the manifesto has been framed only aiming for vote-bank.

"It appears as if this manifesto has been made to gather votes of the separatists of J&K. There is no all India vision in it. It is a manifesto made for vote-bank only," the BJP leader said while addressing election rallies in the twin border districts of Poonch and Rajouri in Jammu and Kashmir.

Madhav, during his address, also sought people's cooperation in wiping out terrorism from the state. Asking to support the party candidate Jugal Kishore from the Jammu parliamentary constituency, he added, "Where there is the terror, there can never be peace".

Meanwhile, the saffron party celebrated its foundation day at BJP's headquarters in Jammu where state BJP chief Ravinder Raina alleged that leaders of opposition parties were "traitors". "One is shocked over their election manifestos and it seems that the documents are prepared in Pakistan," he alleged.

On April 2, the Congress released its manifesto - 'Congress will deliver' - at the party's Akbar Road headquarters in Delhi.

The manifesto laid thrust on job creation and strengthening the education and health sectors besides charting a roadmap to boost economic growth. It had a separate budget for the welfare of the farmers.