Manipur will go to polls in the two phases on April 11 and April 18 for its two Lok Sabha seats. 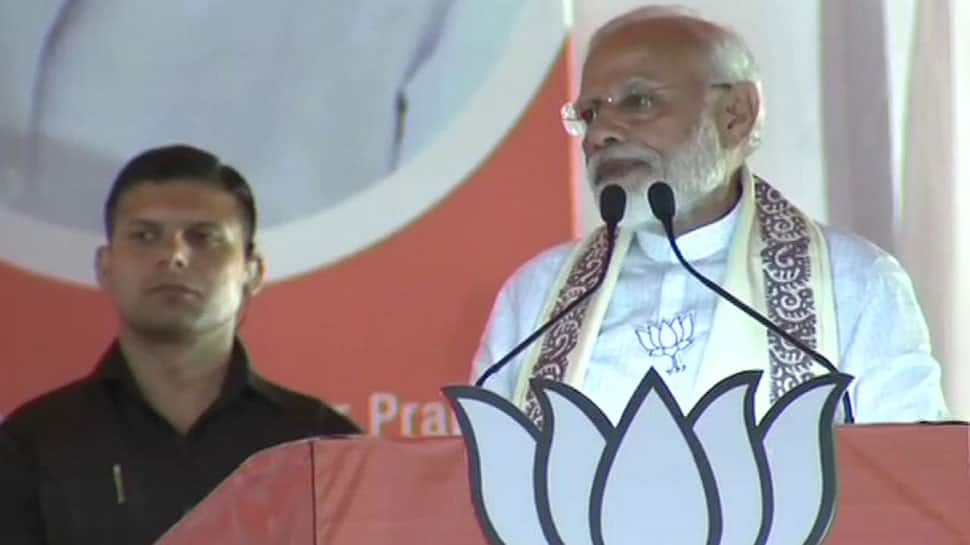 Imphal: Prime Minister Narendra Modi on Sunday took a jibe at Congress for its manifesto, alleging that it seems to be blowing Pakistan's trumpet more than that of India.

"For the first time, India carried out attacks across the border against the terrorist hotbeds. But Congress is asking for proof. People trust the armed forces but not Congress leaders. Congress is taking forward the propaganda which Pakistan want to spread across the world," he said at a rally here.

"Congress` fraud document seems to be blowing the trumpet for Pakistan more than that of India. Congress has said that nobody can touch Article 370 (special status for Jammu and Kashmir) of the Constitution. The government in Pakistan has also been taking the same stand. What is the connection?" Modi asked.

Congress has promised in its manifesto that it will not allow any change in Article 370 and will review the Armed Forces Special Powers Act (AFSPA) if voted to power. Modi made a veiled attack on Congress president Rahul Gandhi, saying, "Naamdar claims that they will make the northeast a hub of manufacturing industry. They are experts in manufacturing abuses and lies."

"If Congress really wanted to develop the northeastern region, it should have developed the infrastructure and promoted sports. Now, all the capitals of the northeastern states are connected by railway lines," the Prime Minister said.

Highlighting the works of the BJP-led government, Modi said, "Through BPOs and the Mudra Yojana, we have created job opportunities for the youth of the northeast. One lakh youth have been given loans under the Mudra Yojna without any guarantee."

"Around 1.25 lakh farmers of Manipur have started receiving financial assistance from the Centre. We changed the law around bamboo and now people can grow and sell bamboo," he said.

Manipur will go to polls in the two phases on April 11 and April 18 for its two Lok Sabha seats.