Congress also listed out points on the promises BJP made in 2014 and alleged that they failed in fulfilling them. 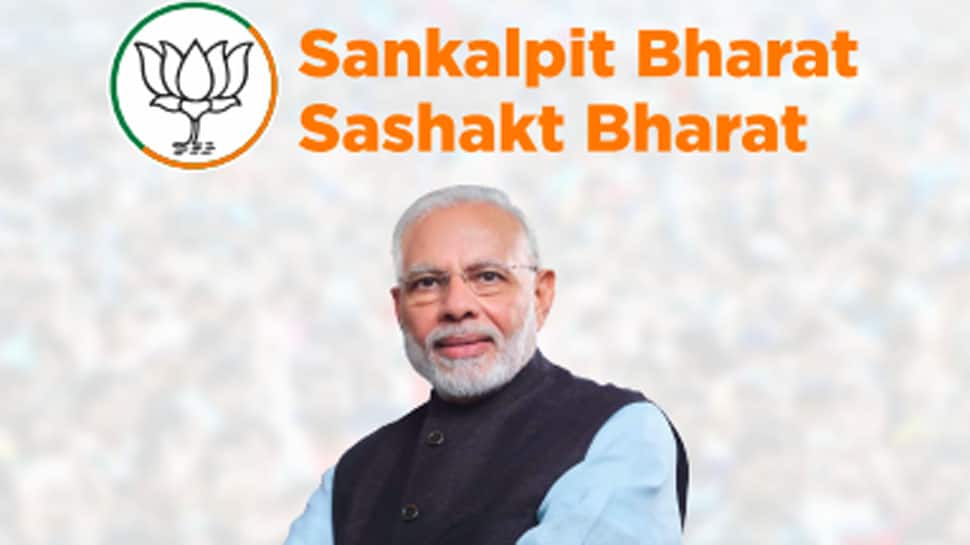 New Delhi: Soon after the Bharatiya Janata Party (BJP) released its Sankalp Patra, the Congress hit out at the saffron party for keeping their poll manifesto cover Narendra Modi-centric. It said that the cover itself shows the difference between the vision of the two parties - while the Congress manifesto cover is representative of the people of India, BJP's Sankalp Patra has Modi at its forefront.

It also listed out points on the promises BJP made in 2014 and alleged that they failed in fulfilling them. "BJP promised One Nation, One Tax, but changed it 900 times," read one of the several tweets posted on Congress' Twitter handle while another read, "The women of India are still waiting for the many tall promises Modi made in 2014. First amongst those would be their safety & empowerment."

Meanwhile, senior Congress leader Ahmed Patel said the BJP should have come out with a 'maafi naama' (letter of apology) instead of a manifesto.

"The difference between BJP manifesto and Congress manifesto can be seen firstly from the cover page. Ours has a crowd of people, and BJP manifesto has the face of just one man. Instead of a manifesto, BJP should have come out with a 'maafi naama'," he said.

Ahmed Patel.Congress: The difference between BJP manifesto and Congress manifesto can be seen firstly from the cover page. Our's has a crowd of people, and BJP manifesto has face of just one man. Instead of a manifesto BJP should have come out with a 'maafinama' pic.twitter.com/nGjdHyu3QH

The BJP, in their manifesto titled 'Sankalpit Bharat, Sashakt Bharat' (Determined India, Empowered India), made a string of promises, including expeditious construction of a Ram temple, a firm hand in dealing with terrorism and doubling farmers income in the next three years. They also promised to focus on national security, women issues, infrastructure among several others.

Apart from PM Modi, BJP president Amit Shah, and other top leaders like Rajnath Singh, Sushma Swaraj and Arun Jaitley were also present at the party headquarter to release the manifesto.

Congress' manifesto - 'Congress will deliver' - was released last week and while releasing it, Rahul Gandhi emphasised that it reflects the voice of the people.

Ninety one parliamentary constituencies will go to the polls in the first phase on April 11. The seven-phase Lok Sabha election would end on May 19 and counting of votes will take place on May 23.