District unit spokesman of the Congress, Anil Singh, sadi that Rahul's mother and UPA chairperson Sonia Gandhi and sister Priyanka Gandhi will accompany him during the filing of nomination. 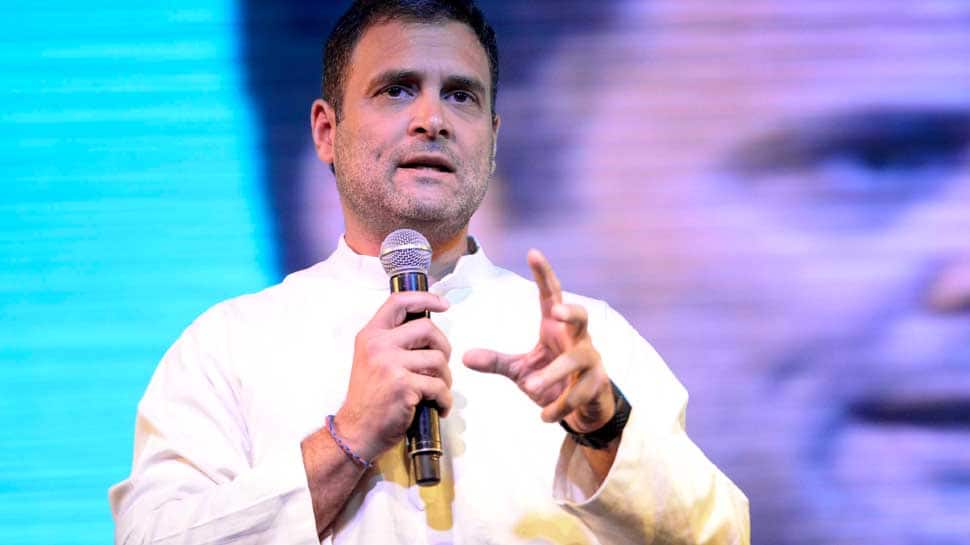 Congress president Rahul Gandhi is set to file his nomination for the Amethi Lok Sabha seat on Wednesday.

Amethi is a Gandhi bastion in Uttar Pradesh and Rahul has won from this seat three times so far. Congress sources said that Rahul Gandhi will also hold a road show in Amethi.

District unit spokesman of the Congress, Anil Singh, said that Rahul's mother and UPA chairperson Sonia Gandhi and sister Priyanka Gandhi will accompany him during the filing of nomination. The Congress president is also scheduled to hold a 3-km-long road show from Munshiganj-Darpipur to Gauriganj before filing the nomination, added Singh.

Rahul's nomination from Amethi comes amid an ongoing war of words between the Congress and the BJP over his decision to contest from a second seat - Wayanad in Kerala - in Lok Sabha poll set to begin on Thursday.

Rahul will this time again face Union Textiles Minister and senior BJP leader Smriti Irani from Amethi. It is expected that Smriti Irani would file her nomination papers on Thursday.

In 2014 Lok Sabha poll, Rahul had defeated Smriti Irani by over one lakh votes. The defeat, however, did not deter Irani from remaining in touch with the people of Amethi and in the past five years, she has visited Amethi several times. It would not be wrong to say that Irani has build a good rapport with the voters in Amethi and this time she is going to give a very tough fight to the Congress president.

Some political experts are of the view that it is possible that Irani would defeat Rahul in Amethi and this is the main reason why the Congress chief has decided to contest from two seats this time.

BJP has repeatedly maintained that Rahul went to Wayanad in Kerala because it is a 'safe' seat for him as he was sure of his defeat from Amethi. The polling in Amethi will take place in the fifth phase on May 6.

As Alipurduar gears up for polls, villagers of Buxa Tiger Forest express concern over lack of facilities