Setting the narrative for the upcoming Lok Sabha elections 2019, the Congress released its manifesto - 'Congress will deliver' – on Tuesday with six key ideas: Kaam, Daam, Shaan, Samman, Sushasan and Swabhimaan. 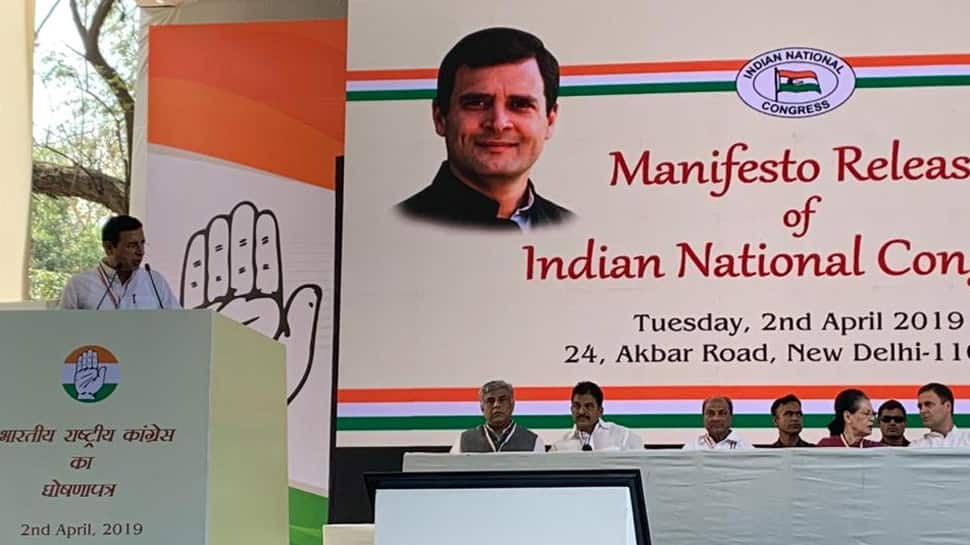 Under Shaan, the Congress promised to increase the spending on defence and expedite modernisation programmes of the Armed Forces in the poll manifesto released on Tuesday.

In one of its key pledges 'Shaan', the party says it will reverse the trend of declining defence spending under the NDA government, and increase it to meet the requirements of the Armed Forces.

“We will expedite all modernisation programmes of the Armed Forces in a transparent manner. We will improve social security, education and health facilities for our Paramilitary Forces and families,” said the manifesto.

“The concept of national security in the 21st century has expanded beyond defence of the territory to include data security, cyber security, financial security, communication security and security of trade routes. Congress promises to evolve suitable policies to address each of these subjects,” it added.

On internal security, the party said it will establish the National Counter-Terrorism Centre in three months, make the National Intelligence Grid (NATGRID) operational by December 2019 and take action against terrorism, infiltration of militants, Maoism or Naxalism and caste or communal violence.

On border security, the party says, “We will increase the strength of border guarding forces—BSF, SSB, ITBP and Assam Rifles—and post them on or close to the border to prevent infiltration, illegal immigration and smuggling.”

In other pledges, Congress promised to focus on job creation, tackling farm distress and empowerment of women as some of its top priorities.