All top party leaders, including former prime minister Manmohan Singh, were present during the release. 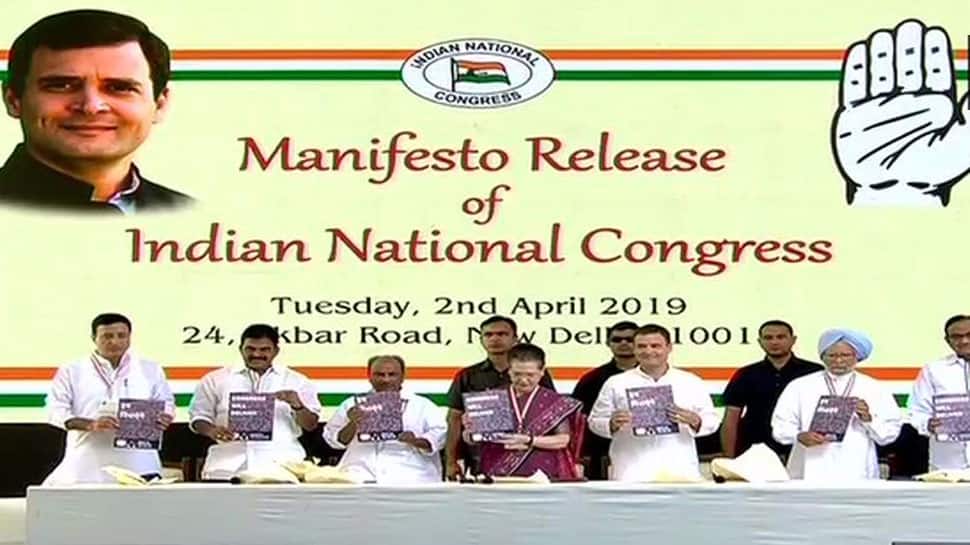 New Delhi: The Congress on Tuesday released its manifesto - 'Congress will deliver' - for the 2019 Lok Sabha election. The manifesto document has been released by party president Rahul Gandhi at the party's Akbar Road headquarters. All top party leaders, including former prime minister Manmohan Singh, were present during the release.

"The Congress manifesto has five key ideas, reflecting the party symbol (hand)", said Rahul Gandhi. The Gandhi scion said that the manifesto reflects the voice of the people and not just one man's view.

He added that the manifesto lays major thrust on jobs creation, addressing agrarian distress and strengthening the education and health sectors besides charting a roadmap to boost economic growth. It has a separate budget for the welfare of the farmers.

"This document has been prepared after consulting a large number of people from various walks of life. The purpose of the manifesto is to spell out the vision party, to move towards a forward-looking economy," said Manmohan Singh.