Lt Gen (Retd) stressed that the global community must recognise India's strength and grant a permanent place to New Delhi in the United Nations Security Council. 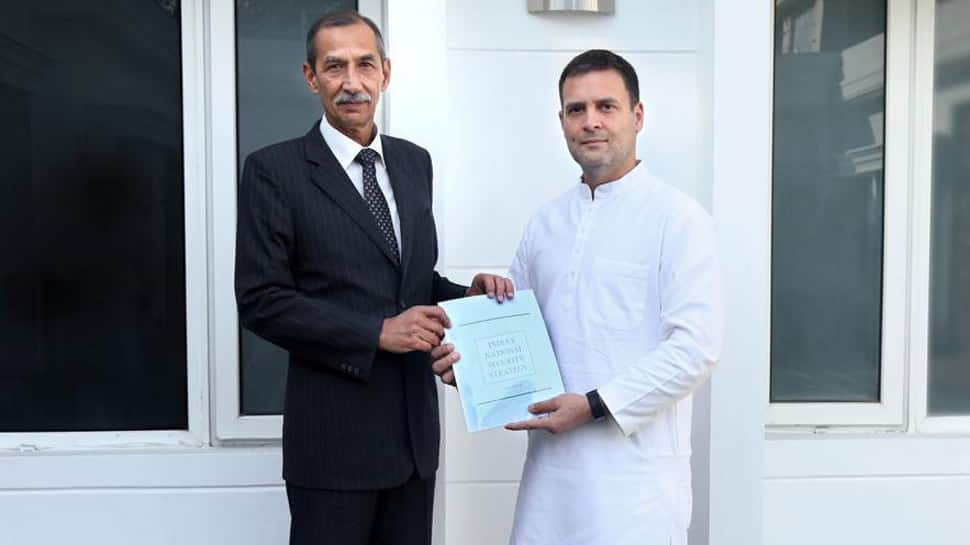 NEW DELHI: Congress on Sunday released its plan on national security titled 'India's National Security Strategy'. The plan is drafted by Lt Gen (Retd) D.S. Hooda, who was the Northern Army Commander when Indian Army carried out surgical strikes on terror camps in PoK in September 2016.

The plan was released during a press conference which was attended by Lt Gen (Retd) Hooda, former Union Minister Jairam Ramesh and senior Congress leader P. Chidambaram. Talking to media, Chidambaram said that the Congresws would make all efforts to implement the five key points mentioned in its plan on national security if it is voted back to power.

The senior Congress leader added that the party is also open to expand revise the plan after receving inputs from National Security Advisory Board, National Security Council and the Cabinet Committee on Security.

"The final decision will be taken by the government when the plan goes through these institutional structures," he said.

For his part, Lt Gen (Retd) said that 'Jan Suraksha' is the main goal of national security and time has come for India to take measures aimed at solving the climate change crisis and job crisis. "What will be the place of India in the world. How are our relationships with the world`s powers," he said.

Lt Gen (Retd) stressed that the global community must recognise India's strength and grant a permanent place to New Delhi in the United Nations Security Council.

The Congress also noted in its plan on National Security that the party has always adopted and followed a policy of zero tolerance on terrorism. "As Lt. Gen (Retd.) D.S. Hooda recently noted, the Indian Army was always given a free hand, without any political interference, to deal with Pakistan and cross-border terrorism," it said. The Congress also took a dig at the BJP for politicising the issues releated to national security and the armed forces.

In its plan, the Congress said that India is undoubtedly a global power and also the largest democracy in the world. The party stressed that there are major security challenges before the country, including transnational terrorism, a troubled neighbourhood, terrorism in Jammu and Kashmir, naxalism, threats to the data and privacy of our citizens and climate change and environmental threats.

Campaigning ends for third phase of Lok Sabha election, voting in 117 seats in 15 states and union territories on April 23