Congress chief Rahul Gandhi says if voted to power, will give Rs 72,000 per annum to 20% of India's most poor

Congress' Minimum Income Scheme, according to Rahul, forms a major part of the party manifesto. 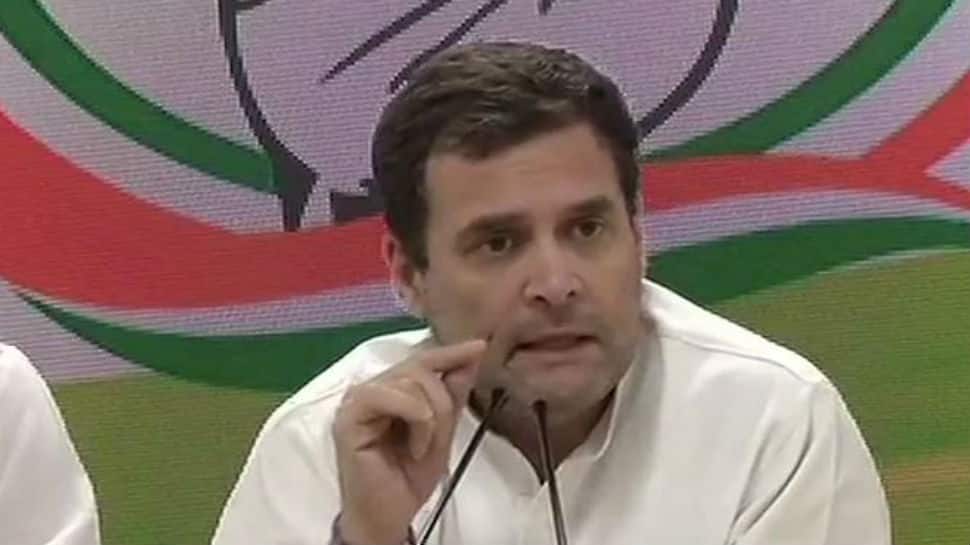 Rahul Gandhi on Monday said that Congress will give a yearly sum of Rs 72,000 to India's 20% of the poorest if the party is voted to power in the upcoming Lok Sabha 2019 election.

Addressing a press conference after the Congress Working Committee meet in New Delhi, Rahul said that the Congress is concerned about the country's poor and has the vision to address the issue. "Congress party promises that India's 20%,most poor families will get yearly 72,000 rupees in their bank accounts under minimum basic income guarantee scheme," he said. "Five crore families and 25 crore people will directly benefit from this scheme. All calculations have been done. There is no such scheme anywhere else in the world."

The Congress president then launched a scathing attack on Prime Minister Narendra Modi. "If PM Modi can give money to India's rich, we too can give money to the country's poor," he said, adding that the scheme would be for families earning less than Rs 12,000 per month.

Congress' Minimum Income Scheme, according to Rahul, forms a major part of the party manifesto. "The manifesto covers a wide range of issues and topics but eradicating poverty has been given special attention in it."

The call to eradicate poverty bears resemblance to Indira Gandhi's 'Garibi Hatao' program which was also taken up by Rajiv Gandhi.

The BJP has often accused Congress of making tall promises but not acting on them. The party has said that while Congress believes in dynastic politics, the Modi government has actually worked for the common man.