Congress spokesperson Singhvi calls PM a 'habitual offender' and said 'there has never been such a clear violation of Model Code of Conduct'. 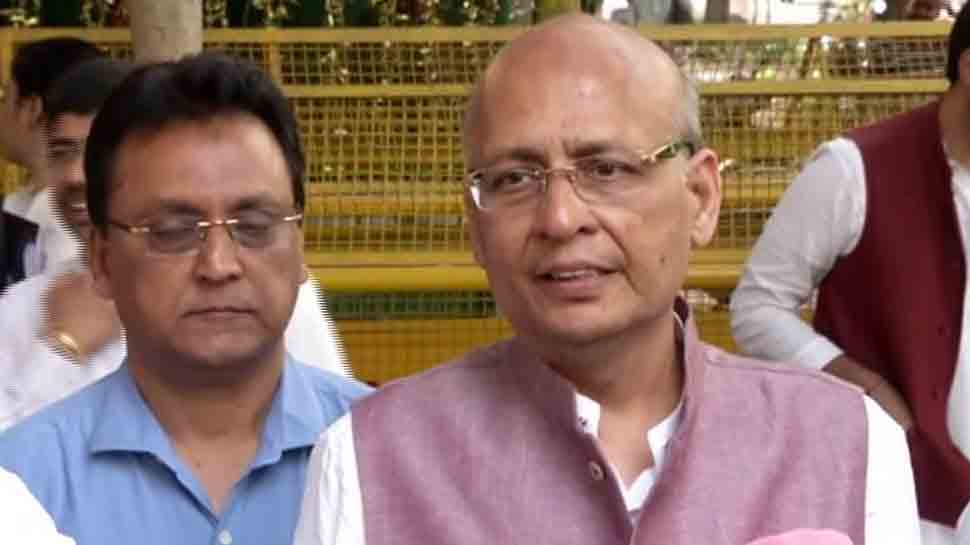 New Delhi: A Congress delegation, led by party spokesperson Abhishek Manu Singhvi, on Tuesday met the Election Commission alleging that Prime Minister Narendra Modi violated the poll code by taking out a long procession and  delivering a speech, after casting his vote.

Speaking to news agency ANI, Singhvi called the Prime Minister a 'habitual offender and said that there has never been such a clear violation of Model Code of Conduct'.

"We have appealed the Election Commission officials to bar PM Narendra Modi from campaigning for 48-72 hours," Singhvi said.

After casting his vote in Ahmedabad in Gujarat, his home state, PM Modi interacted briefly with mediapersons and said, ""Indian democracy presents an example before the world. While on one hand, an IED (improvised explosive device) is the weapon of terrorists, on the other hand, the voter ID (identity) is the weapon and power of democracy."

Modi said that he is confident that the power of voter ID is much more than the IED and that everyone should understand the importance of the voter ID card and come out to vote in large numbers. He also stated that he feel fortunate to participate in the great festival of democracy in his home state Gujarat.

Modi added that he feels fortunate to participate in "the great festival of democracy" in his home state Gujarat.

BJP president Amit Shah, who is contesting from Gandhinagar Lok Sabha seat, today welcomed Modi and had accompanied him to the polling booth.

The polling in all the 26 Lok Sabha seats in Gujarat is being held in a single phase on Tuesday.