BJP spokesman Nabendu Bhattacharjee said "due to the mis-governance of the CPI-M in 25 years in Tripura, people are protesting against their leaders on their own. 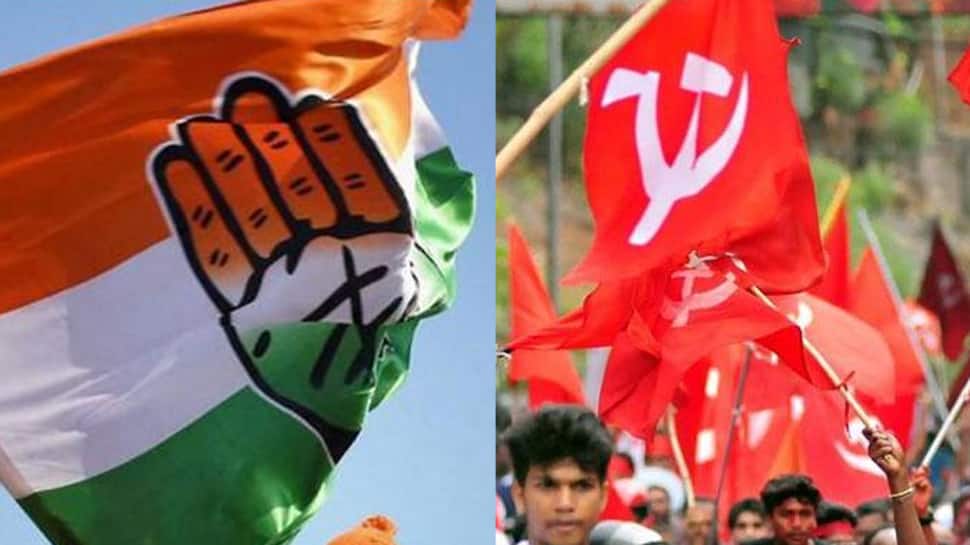 Agartala: The opposition Congress and the CPI-M on Friday separately urged the Election Commission (EC) to create a conducive situation in Tripura for the coming Lok Sabha polls and alleged that BJP workers and cadres have "unleashed a reign of terror" in the state.

Communist Party of India-Marxist state secretary Gautam Das said that their candidates, especially Sankar Prasad Datta from the Tripura West seat who was attacked four times, were not allowed to campaign in their constituencies.

"Like last year`s byelections to the three-tier gram panchayats and civic bodies, the ruling BJP has launched all out efforts to make the Lok Sabha polls a total farce. No democracy, no environment of elections in Tripura. The election authorities are only spectators," Das told the media here.

"As the ruling BJP realised that their candidates would lose the elections that`s why they unleashed an unprecedented reign of terror.

"The CPI-M and other opposition parties are not even allowed to hold indoor meetings. The police rejected written appeals from the parties to hold meetings. Even if the police gave permission in one or two cases, the BJP men and their hooligans attack the meetings," Das added.

The CPI-M leader also said after the Bharatiya Janata Party-led government came to power in Tripura, law and order broke down in the state mostly due to the "partisan acts of the state administration and police authorities".

The Congress on Friday held protest demonstrations and rallies at different places to protest an attack on their Tripura West Lok Sabha seat candidate Subal Bhowmik on Thursday in Melaghar, according to the party`s state Vice-President, Tapas Dey.

"Our party has made many complaints of violations of model code of conduct and political violence by the BJP, but the poll panel has done nothing so far," he told the media.

The BJP however, rejected the allegations of the two opposition parties, saying the "CPI-M and Congress have formed a covert alliance and the Left party is trying to retreat from the polls as they understand their candidates` deposit would be forfeited".

Party spokesman Nabendu Bhattacharjee said "due to the mis-governance of the CPI-M in 25 years in Tripura, people are protesting against their leaders on their own.

"No BJP members are preventing the CPI-M candidates and leaders from campaigning."