The incident took place when Salim was visiting Patagora, Islampur in Raiganj constituency to observe the polling when stones were pelted at his vehicle. 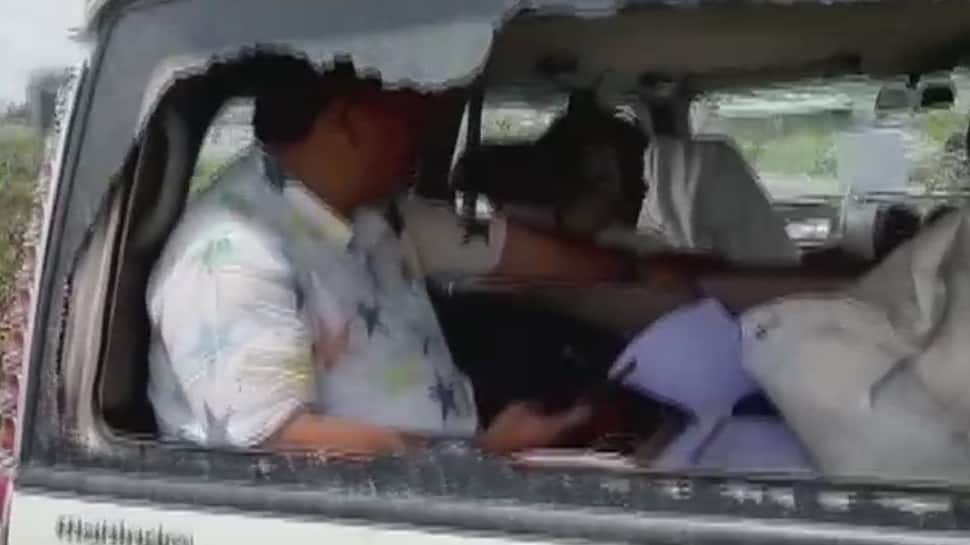 RAIGANJ: The car of CPIM leader and Raiganj sitting MP Mohammad Salim was allegedly vandalised on Thursday in West Bengal's North Dinajpur district during the second phase of polling for the 2019 Lok Sabha election.

The incident took place when Salim was visiting Patagora, Islampur in Raiganj constituency to observe the polling when stones were pelted at his vehicle. The sector officer then arrived at the polling booth and asked Salim to wait till Central force jawans arrived at the booth.

Salim held the Trinamool Congress responsible for the attack. "I came here after hearing reports that Trinamool Congress’ men were preventing people from casting their votes. When I confronted them, they attacked my vehicle.  My driver and assistant were still inside the vehicle when it was attacked with stones and bricks. They had to flee along with the vehicle to save their life," said Salim.

He alleged that massive rigging was taking place when he arrived at the spot. "Trinamool Congress men also tried to attack me with rods," added Salim.

He also accused the state police of being silent spectators. "The police is not taking any action against the Trinamool goons. Trinamool has planned to capture booths and rig the votes where the central force personnel are not deployed. They are stopping the legitimate voters," he alleged.

Salim has registered a complaint with the CEO's office. Sources in the CEO office said they are looking into the complaint.

The attack shattered the windscreen of Salim's white SUV. He has sustained minor injuries.