An animated discussion is underway at the kiosk in Saharanpur. 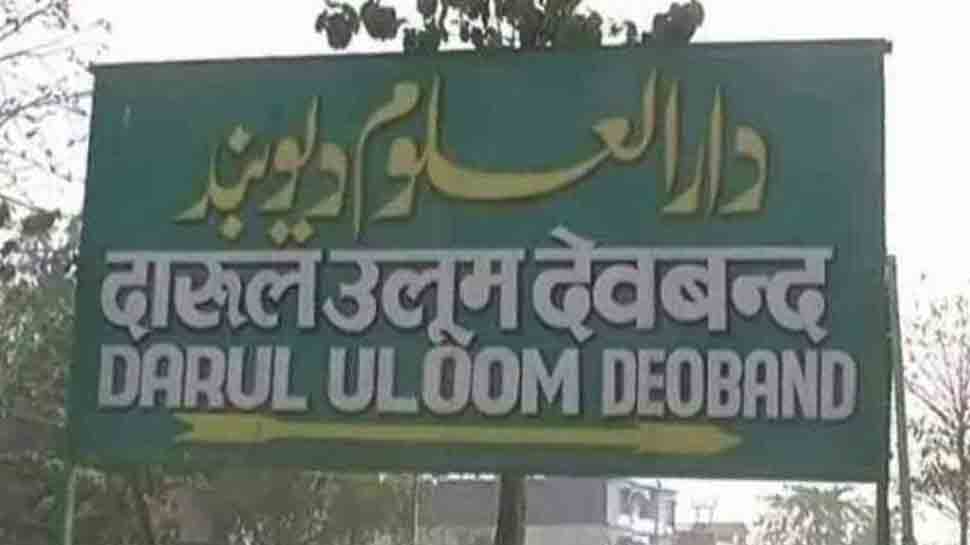 Deoband: As soon as the bells ring at Darul Uloom 'Asia's largest madrassa' students prepare to head towards mosque for evening prayers. After stepping outside the institution, some of them stop at a tea shop near the campus.

An animated discussion is underway at the kiosk in Saharanpur.

The students are discussing the issues that dominate or are being skipped by political parties in their campaign in the district ahead of the general election on April 11. They have their own theories and understanding of the complex election process.

Jamal, 24, says he fears Muslim votes might get divided in the election as two strong Muslim candidates are contesting from the constituency.

Congress has fielded seasoned leader Imran Masood, while the BSP has named Faizul Rahman. BSP has formed a "mahagathbandhan" with SP and RLD in Uttar Pradesh for the election.

The BJP has pitted incumbent Raghav Lakhan Pal against the opposition candidates.

"Faizul Rahman might have an advantage as he would get the support of harijans along with Muslims," Jamal tells the students, suggesting caste and religion will play a role in deciding the election.

But his suggestion is immediately countered.

Amanatullah, another student at the madrassa, says the agenda of development would be a major factor this time.

"It is high time that we decided the capability of candidates based on their knowledge of issues plaguing the city, rather than their caste or religion," the 26-year-old says.

Saharanpur, named after Sufi Saint Shah Harun Chisti, is home to about 17 lakh voters. Of which, 6 lakh are Muslims and 3 lakh SCs/STs.

A three-way contest is expected between the Congress, the BJP and the mahagathbandhan on the seat.

Ashraf, who is in his final year of eight-year-long education at the premier institution, says the election would be very interesting.

But, he adds, the BJP might race through due to division of Muslim votes.

"If Muslims decide to join forces with harijans then Faizul Rahman could get a landslide victory," he said.

Saharanpur is an important constituency for all the parties.

The Uttar Pradesh BJP started its election campaign from the constituency and the Bahujan Samaj Party-Samajwadi Party-Rashtriya Lok Dal combine will hold its first joint rally in Deoband on April 7, four days ahead of the election in the district.

Madrassa students say the mahagathbandhan wish to woo Muslim voters as they have a tough fight with the Congress, which too has fielded a strong Muslim candidate.

"But our agenda is development, not religion -based politics. We have to get above the politics of caste and religion, (because) that is where we are giving fringe groups an upper hand. We need to vote on development and then only real development would take place," Raziul, 30, said.

Darul Uloom spokesperson refused to comment on the campaigning or party prospects ahead of the election, saying the institution has no political stance. "We are a Islamic academic institution and we don't support any political party and that is the reason we don't accept any donation or grant from parties and government," said its spokesperson Ashraf Usmani.

The 152-year-old institution is home to nearly 5,000 students who study Islam there.

"Our course is very intense and it runs for eight years. All our graduates are gainfully employed. You will not find a single unemployed graduate of the madrassa," Usmani said.
He said students from all over the country could be found here.

Rameez has been associated with the institution since he was 12 years old.

"It is a common saying here that you can get into Oxford and Harvard but not Darul Uloom. That is how difficult the entrance test is," the 19-year-old said.
Along with Islamic education, he says, he has been receiving computer education at the madrassa's Department of Computer Science.
"I get all kinds of education here and I came here to become an Islamic scholar. I am on my way of becoming one. It is a misconception that we do not have knowledge of subjects other than Islamic studies," he added.

"I hope to become an Imam and be in service of Allah," he said.

Darul Uloom provides eight years of intensive Islamic education. There is no age limit to sit for its entrance test.