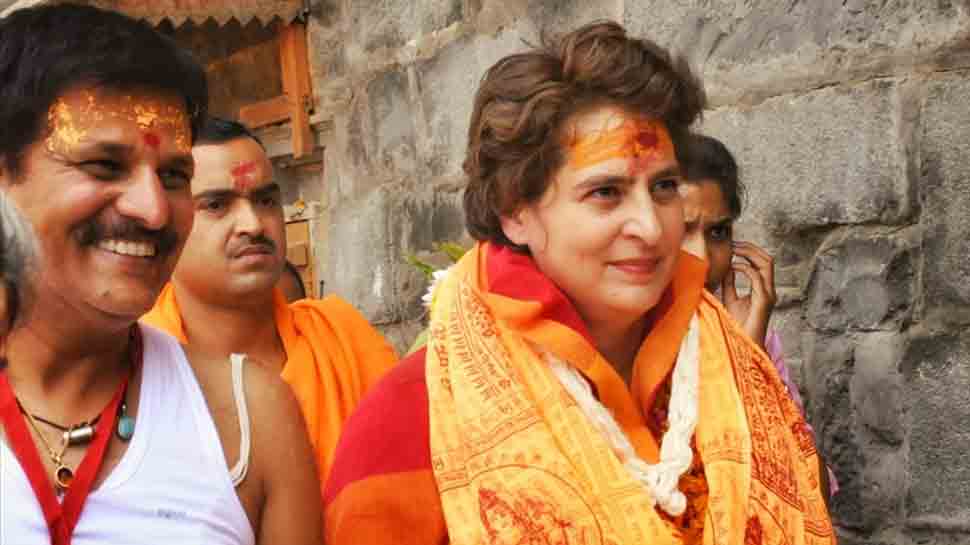 Congress general secretary Priyanka Gandhi Vadra on Thursday dared the BJP's "nationalistic luminaries" to spell out their stand on their Bhopal candidate Pragya Singh Thakur calling Mahatma Gandhi's assassin Nathuram Godse a patriot and said merely distancing from her is not enough.

"Distancing yourself from your candidate is not enough. Nationalistic luminaries of the BJP, have the guts to spell out your stand," Priyanka tweeted.

The BJP distanced itself from her statement saying it did not agree with her, as "Mahatma Gandhi's killer cannot be a patriot".

This is the second time in a month that Thakur has apologised for a controversial statement made by her.

Last month, she had stoked a controversy when she said that IPS officer Hemant Karkare had died during the 26/11 Mumbai terror attacks as she had "cursed" him for torturing her. She had apologised for the controversial remark later and also retracted that statement.

Talking to a news channel in Agar Malwa in Madhya Pradesh on Thursday afternoon, Thakur said, "Nathuram Godse was a 'deshbhakt' (patriot), he is and will remain a 'deshbhakt'. Those calling him a terrorist should instead look at themselves. They will be given a befitting reply in this election."