New Delhi: In an unprecedented move and in the aftermath of violence in Kolkata on Tuesday, the Election Commission of India on Wednesday cut down campaigning time in West Bengal for the final phase of voting in Lok Sabha election 2019 by 24 hours.

The EC also said it is extremely disappointed at the anarchic scenes on Kolkata's streets on Tuesday and removed ADG CID Rajeev Kumar and Home Secretary Atri Bhattacharya. Rajeev Kumar will have to report to MHA on Wednesday.

TMC and BJP supporters had clashed in the capital city of West Bengal towards the end of Amit Shah's roadshow here. Acts of violence and arson had been witnessed with both parties blaming each other for it.

Taking strong objection to this, the EC invoked Article 324 and took the decision to restrict campaigning time in the nine parliamentary seats in West Bengal - Dum Dum, Barasat, Basirhat, Jaynagar, Mathurapur, Jadavpur, Diamond Harbour, South and North Kolkata. "This is probably the first time that ECI has invoked Article 324 in this manner but it may not be last in cases of repetition of lawlessness and violence which vitiate the conduct of polls in a peaceful manner," it said. "The Commission is deeply anguished at the vandalism done to the statue of Vidyasagar. It is hoped that the vandals are traced by the state administration. 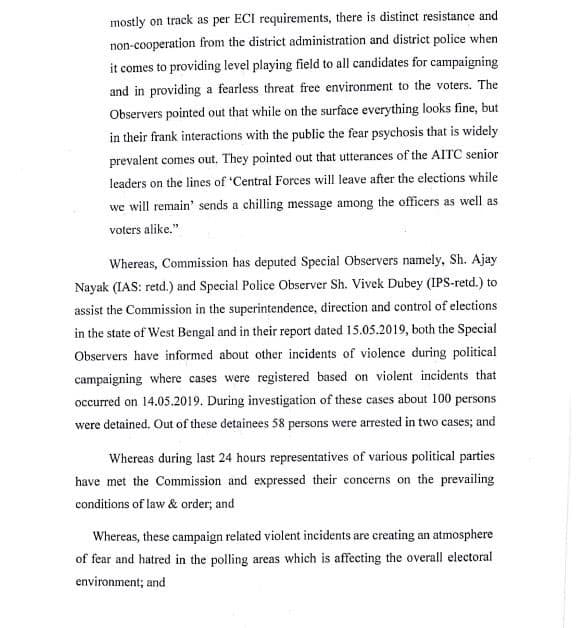 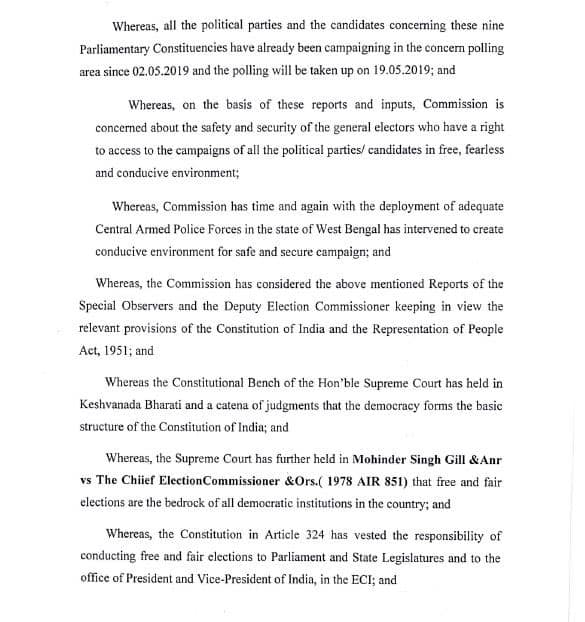 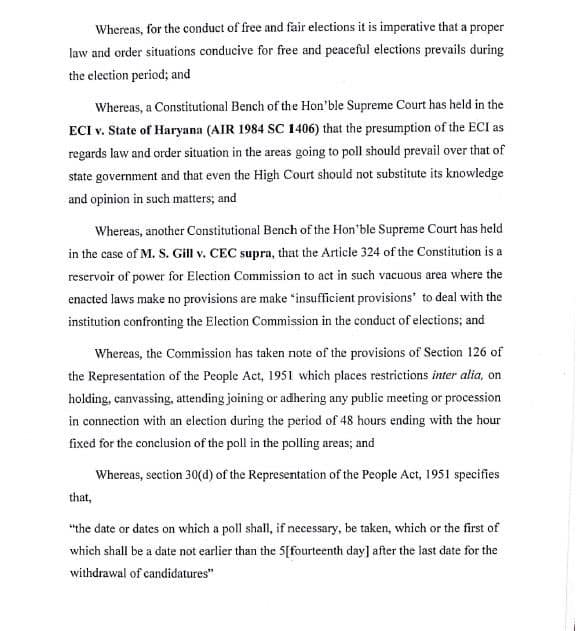 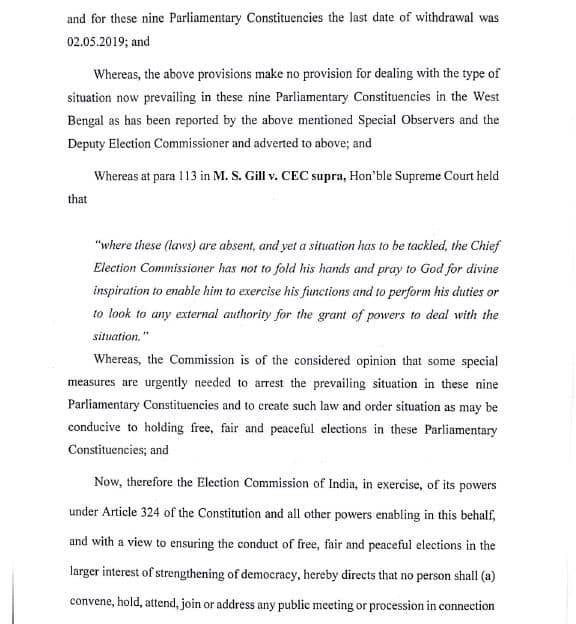 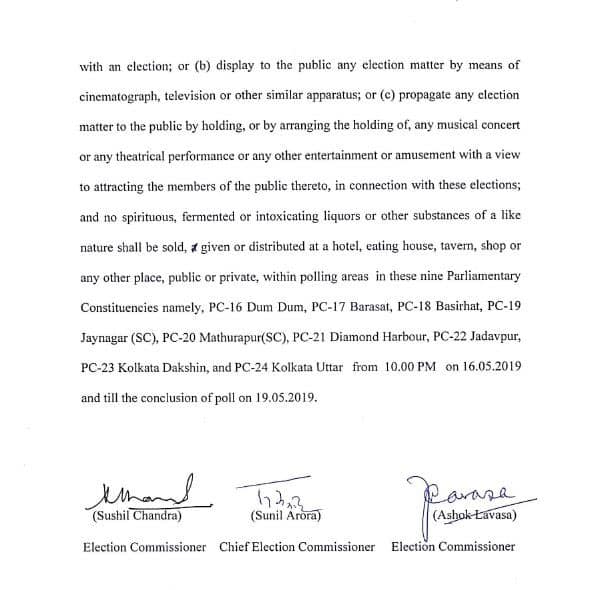 There would be no campaigning in the state from 10pm on Thursday.