Computer Baba has been asked to file a reply within 24 hours. 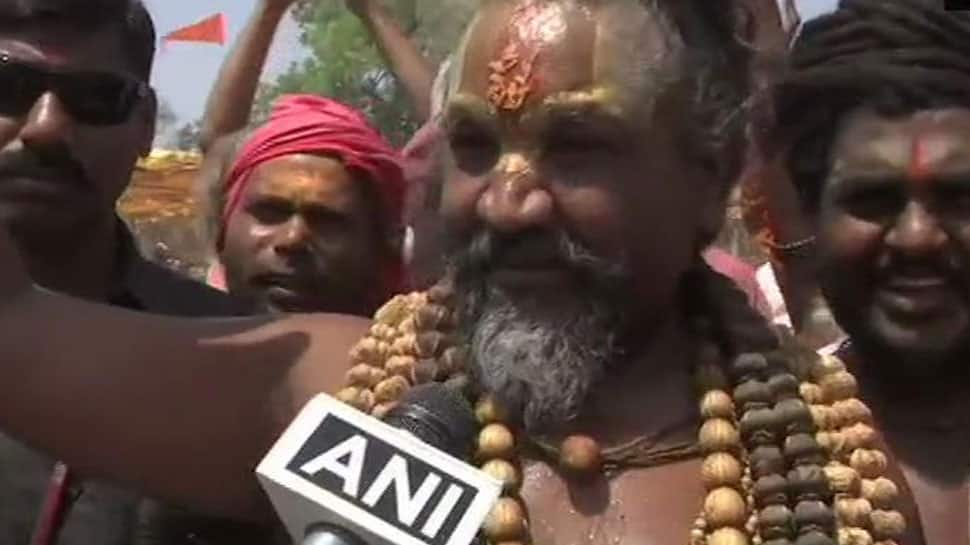 Bhopal: The Election Commission on Thursday issued a notice to Congress supporter Computer Baba after Bharatiya Janata Party (BJP) filed a complaint against him alleging that he was fanning communal sentiments while campaigning for the party's Bhopal Lok Sabha candidate Digvijaya Singh.

Computer Baba has been asked to file a reply within 24 hours.

This comes after Namdas Tyagi, alias Computer Baba organised a three-day camp along with Singh and other saints here.

District Collector Bhopal, Sudam Pandharinath Khade also ordered an inquiry to investigate if permission was granted to Tyagi to organise the camp.

Besides this, Khade had also sought a probe on the cost of the event as well as the role of Congress leader Digvijaya Singh in it.

During the three-day camp, Digvijaya had on Tuesday also performed a `havan` in the presence of Tyagi and other saints at a `maha yagna` organised in Bhopal.

Tyagi said that the yagna was a form of `Hat Yoga` to ensure Digvijaya`s win in the Lok Sabha elections.

He had also accused the BJP of "fooling" the community of seers by using the Ram Mandir issue as a political tool.

`Computer Baba` was appointed as a Minister of State (MoS) under the Shivraj Singh Chouhan government.

However, he had openly rebelled against the BJP after being denied a ticket to contest elections held in Madhya Pradesh.

Bhopal will go to polls in the sixth phase of parliamentary elections on May 12, and counting of votes will take place on May 23.

Centre to deploy over 71,000 security personnel to ensure violence-free polls on May 12 in West Bengal