A bench headed by Chief Justice Ranjan Gogoi said it would pronounce its order Friday on the plea filed by NGO, Association of Democratic Reforms (ADR). 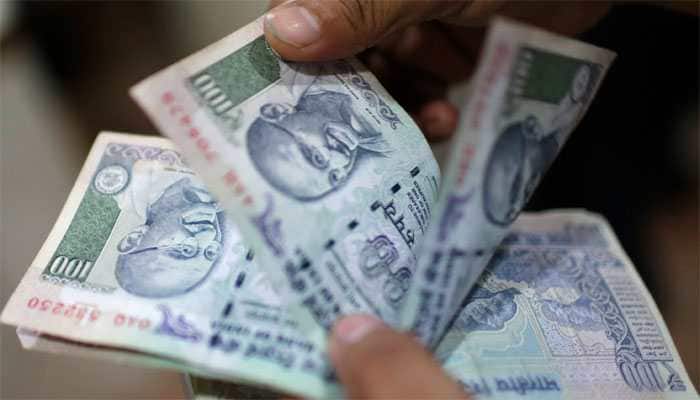 NEW DELHI: The government's electoral bond scheme for political funding is a "policy decision" and it can't be "faulted" for taking it, the Centre Thursday told the Supreme Court, which reserved the order on a PIL challenging its validity.

A bench headed by Chief Justice Ranjan Gogoi said it would pronounce its order Friday on the plea filed by NGO, Association of Democratic Reforms (ADR).

The NGO, which has challenged the validity of the scheme, has sought interim relief including that either the issuance of electoral bonds be stayed or the names of the donors be made public to ensure transparency in the poll process.

Attorney General K K Venugopal, appearing for the Centre, supported the scheme saying the purpose behind it is to eliminate the use of black money in elections.

"So far as the electoral bond scheme is concerned, it is the matter of policy decision of the government and no government can be faulted for taking policy decision," Venugopal said, adding the court can scrutinize the scheme after elections.

The Centre and the Election Commission had taken contrary stands in the Supreme Court on Wednesday over political funding with the government wanting to maintain anonymity of the donors of electoral bonds and the poll panel batting for revealing the names of donors for transparency.

"We have no policy of state funding of elections. Funds are received from supporters, affluent persons and companies. They all want their political party to win. If their party does not win then they apprehend some repercussions and hence secrecy or anonymity is required," Venugopal had told the bench.

"Anonymity must go. We want transparency. We want reforms. We cannot go one step forward and two steps backwards. We want free and fair polls," Dwivedi had said, adding that the poll panel was not against the scheme as such, rather it was opposed to "anonymity attached to it".

He had said the right to vote means making an informed choice and knowing the candidate was only "half of the exercise" and citizens should must know the parties which are funding the candidates.

The government amended various laws including the Income Tax Act, the Representation of Peoples Act, the Finance Act and the Companies Act and came out with the scheme for electoral bonds, which are in the nature of bearer instruments capable of being purchased by a citizen or a company from a PSU bank.

Lawyer Prashant Bhushan, appearing for the NGO, had referred to the alleged deficiencies in the electoral bonds scheme and had said that it was a "retrograde" step as it was against the concept of free and transparent elections.

Alleging that the party in power was the major beneficiary of the scheme, he had said that either it be stayed or the identity of the donors be disclosed.

He had said electoral bonds may be the "kick backs" to the ruling political parties and referred to the replies of the poll panel underlining that the changes made in the law will have serious repercussions on the transparent funding of political parties.

The Attorney General had advocated maintaining anonymity of the donors saying that huge money is required for contesting elections and keeping in mind the apprehensions of the donors, their identity should not be disclosed.

"The donations are made from white money. If government agencies need to check, they can check through banking channels," Venugopal had said.

"Real purpose of the entire scheme has been to curb the black money in the elections. Mind boggling amount of black money had been used during elections and donations were given in cash. Now under this scheme, payments are made through proper banking channels," he had said.

Referring to reports, he had said that over 43.8 per cent of total spending in Lok Sabha polls used to be black money and this scheme would curb this effectively.

Earlier, the apex court had refused to grant interim stay on the electoral bonds scheme of the central government on funding to political parties and asked the petitioner NGO to file an appropriate application for it.

ADR's application has sought stay on the Electoral Bond Scheme, 2018, which was notified by the Centre in January last year. In its affidavit, the Centre had said the electoral bonds "attempt at bringing greater transparency, ensuring KYC compliance and keeping an audit trail in comparison to the earlier opaque system of cash donations.

"Accordingly, the concern of the Election Commission of India that electoral bonds will enable foreign companies to influence Indian policies is without any legal or factual merit," it had said.

On February 2 last year, the apex court had sought the Centre's response on a plea moved by the CPI(M), which had termed the issuance of electoral bonds by the government as "arbitrary" and "discriminatory".