Madhav has said that BJP's stand is clear on the issue of abrogating Article 370 in J&K. 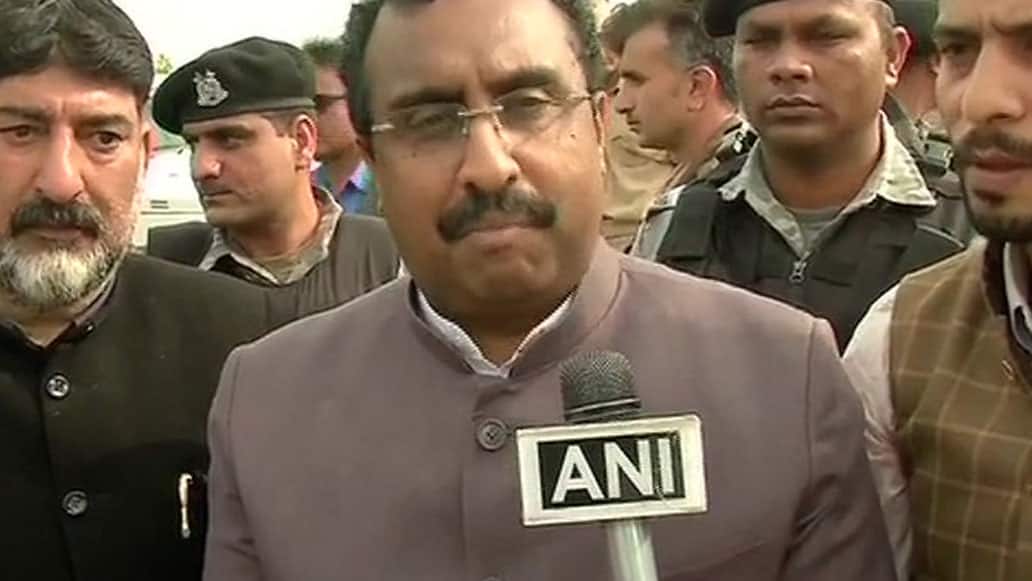 ''Kashmir is no one's personal property. It is and will always remain an integral part of India,'' the BJP leader said.

Referring to an ongoing debate on Article 370, Madhav said that his party's stand is clear on the issue and the same will be decided by Parliament.

'' On Article 370, our stand is very clear and the Parliament will decide it. We are doing politics of development and to address the problems of Kashmiris, we are working on a roadmap. We are working for that and we have to end militancy,'' Madhav said.

The BJP leader also assured that the assembly election will be held in J&K very soon.

“Assembly elections will be held very soon and a popular government will come here. We have demanded the ECI to get elections conducted here as soon as possible,'' he added.

Madhav also exuded confidence that BJP will win more than three parliamentary seats out of six in Jammu and Kashmir in the ongoing 2019 Lok Sabha election.

"We are confident of winning more than three parliamentary seats in Jammu and Kashmir in Lok Sabha elections. BJP has become the mainstream party of the Kashmir Valley, today. We will work for peace and development in the region," Madhav said while speaking to ANI.

BJP General Secretary Ram Madhav in J&K: We are confident of winning more than 3 parliamentary seats in Jammu & Kashmir in Lok Sabha elections. BJP has become the main stream party of the Kashmir Valley, today. We will work for peace and development in the region. pic.twitter.com/4f44XxWfG3

In its manifesto for the Lok Sabha polls, the BJP has reiterated its resolve to abrogate Article 370, which gives autonomous status to Jammu and Kashmir and annul Article 35A of the Constitution, which the party finds discriminatory against non-permanent residents and women of the Kashmir Valley.

There are six Lok Sabha seats in Jammu and Kashmir-Baramulla, Jammu, Srinagar, Udhampur, Anantnag and Ladakh.

Anantnag is polling in three phases and has already gone to polls on April 23, polling is also due in Anantnag on April 29 and May 6.

Meanwhile, Ladakh will go to polls on May 6. Counting of votes will take place on May 23.