Feed husbands if they vote as per your wish, else make them fast: Bihar CM Nitish Kumar tells women

Nitish was campaigning for the NDA candidate Ashok Yadav, son of sitting Bharatiya Janata Party (BJP) MP Hukumdeo Narayan Yadav, when he made the statement. 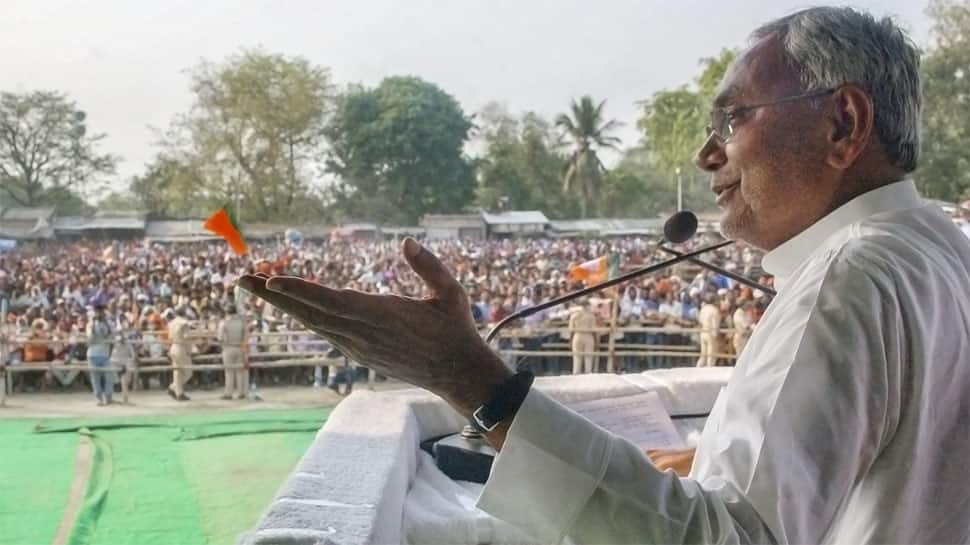 Speaking on Wednesday at an election rally in Madhubani, Nitish addressed the women and said, “If men of the house vote as per your choice, give them food and feed them with love. And if they fail to vote according to you, make them fast for the whole day.”

Nitish was campaigning for the NDA candidate Ashok Yadav, son of sitting Bharatiya Janata Party (BJP) MP Hukumdeo Narayan Yadav, when he made the statement. The Bihar Chief Minister also asked women to cast their votes early in the morning.

JD(U) is a part of BJP-led NDA and has fielded Kavita Singh from Siwan constituency, while the BJP has nominated Rama Devi from the Sheohar seat and Lok Janshakti Party (LJP) has put up Veena Singh from Vaishali.

Nitish also addressed a rally in Darbhanga, where he highlighted the benefits reaped by the common people from central and state governments schemes.

Nitish has assiduously tried to create women vote bank by implementing several schemes for them like bicycles for the girl students, a ban on liquor, Mukhya Mantri Napkin Yojana as well as Kanya Vikas schemes.