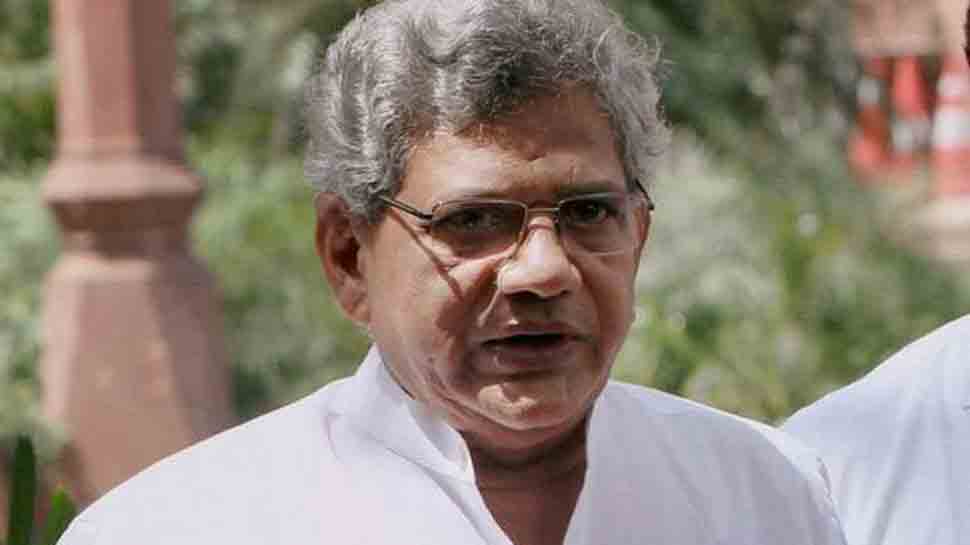 In an article in the forthcoming issue of party mouthpiece People's Democracy, Yechury charged that the BJP and Narendra Modi were preoccupied with disrupting the unity of the country and its solidarity through their venomous campaign of communal polarization.

He said the first three phases of the 17th general elections saw the electorate voting in 302 seats out of the 543 Lok Sabha seats. The ruling BJP has 113 sitting MPs from these constituencies.

"In the next four phases ending on May 19, the electorate will vote for the remaining 241 seats. Of these the BJP currently holds 161 sitting MPs. That is two-thirds of these seats. It is clear that if the BJP is unable to retain these seats, its desire to form the next government simply falls through. This is because in the first three phases, it is universally admitted that the BJP will not be able to retain at least 50 per cent of its sitting seats.

"It is precisely this realisation that has prompted the BJP leadership to consciously adopt an aggressive campaign led by Narendra Modi to rouse unscrupulous communal passions as the only means left to garner votes," he said.

Taking a dig at the Election Commission, Yechury said while the ruling party was resorting to the "worst form of vote bank politics consolidating the Hindu communal vote bank" the poll body was yet to take any action against Modi for the "unbridled" communal passions that he is rousing.

"This is ominous for the health of Indian democracy. As an expression of its efforts to consolidate the Hindutva communal vote bank, the BJP has fielded Pragya Singh Thakur, an under-trial terror accused, currently out on bail on medical reasons, as its candidate from Bhopal, Madhya Pradesh. Endorsing this choice, Narendra Modi hailed Pragya Singh Thakur as the 'symbol of our civilisational heritage'," he said.

Thakur is BJP's candidate from Bhopal where she will contest against Congress' Digvijaya Singh.