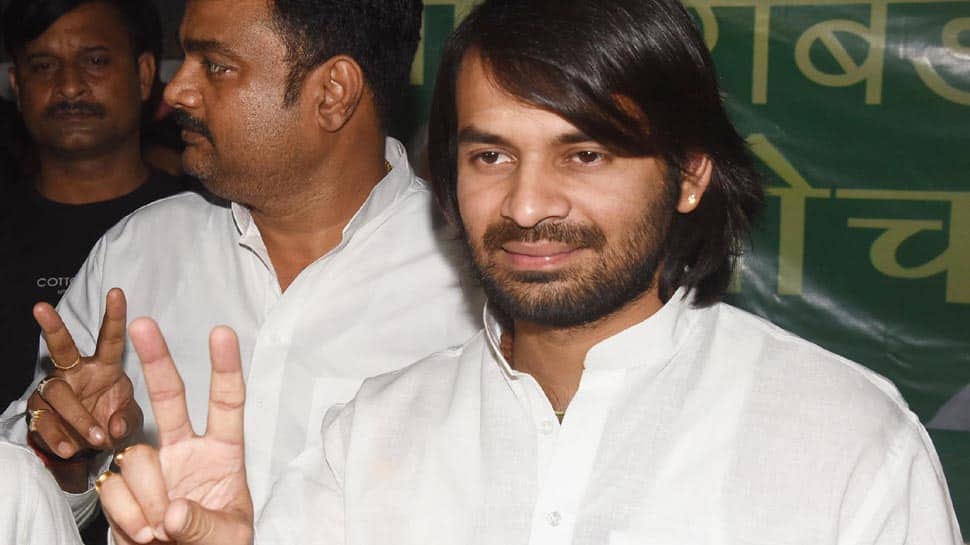 New Delhi: Tej Pratap Yadav is not joining any party, the former Bihar health minister tweeted on Saturday, days after he launched the Lalu-Rabri Morcha. "News that I have joined a new political party, which has been doing the rounds in media and on social media, is a rumour. I totally deny this news," read an excerpt from his tweet.

Tej Pratap, son of Lalu Prasad Yadav and Rabri Devi, further added that the Rashtriya Janata Dal (RJD) is his party and will always be.

"My party is the Rashtriya Janata Dal and it will always be," he wrote.

Tej Pratap resigned from RJD's student wing a few days ago over being sidelined by his family. Last Sunday, he announced that he will contest the upcoming Lok Sabha poll from Lalu-Rabri Morcha, against Chandrika Rai, the father of his estranged wife and RJD candidate, from Saran.

However, his younger brother Tejashwi Yadav, a former deputy chief minister, downplayed Tej Pratap`s announcement saying it was a family affair and would be resolved.