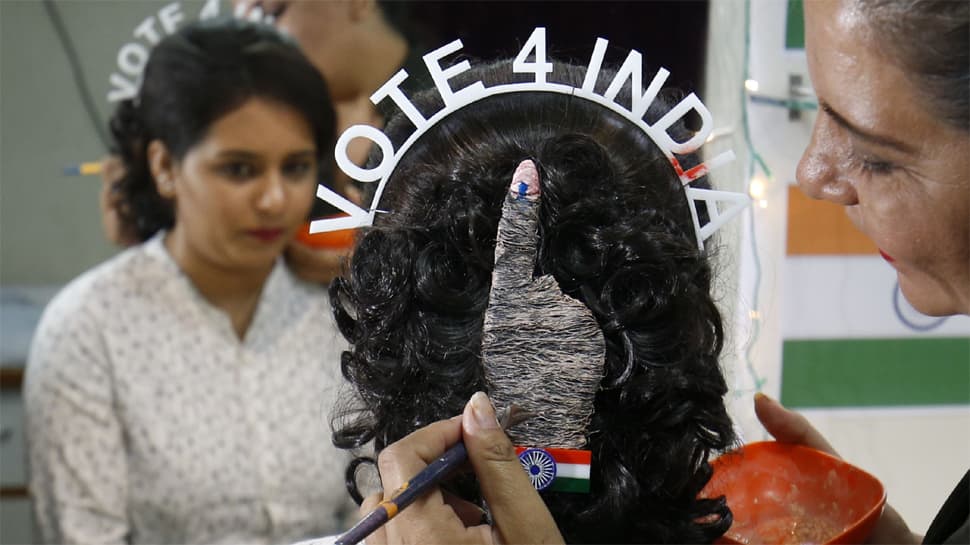 Altogether, 2,38,88,367 people are eligible to cast their vote at 27,513 booths in the 13 constituencies. A total of 152 candidates are in the fray with a maximum of 15 in Shahjahanpur. Jalaun has the minimum number of nominees at five.

Here is the full list of candidates going to polls in the fourth phase of Lok Sabha election 2019 from Uttar Pradesh:

PM Modi addressed rallies in Kannauj and Hardoi, two of the UP seats which go to the polls in the fourth phase of voting on Monday. Samajwadi Party president Akhilesh Yadav too spent much of the day in Kannauj, the seat from where his wife Dimple Yadav is seeking re-election.

In 2014, the BJP had 12 of these 13 seats in the state. Only Samajwadi Party's Dimple Yadav had won from the Kannauj seat. It is a direct fight between BJP and SP-BSP alliance in most of these seats. Congress has a good presence in less than three of the constituencies which are Unnao, Farrukhabad and Kanpur.

Opposition parties complain to EC against BJP's name under its symbol on EVMs; EC says in use since 2013