Give Rahul Gandhi a chance, he has delivered the promises he made: Shatrughan Sinha

"He is a tested leader and has recently registered victory in three states," Shatrughan Sinha said. 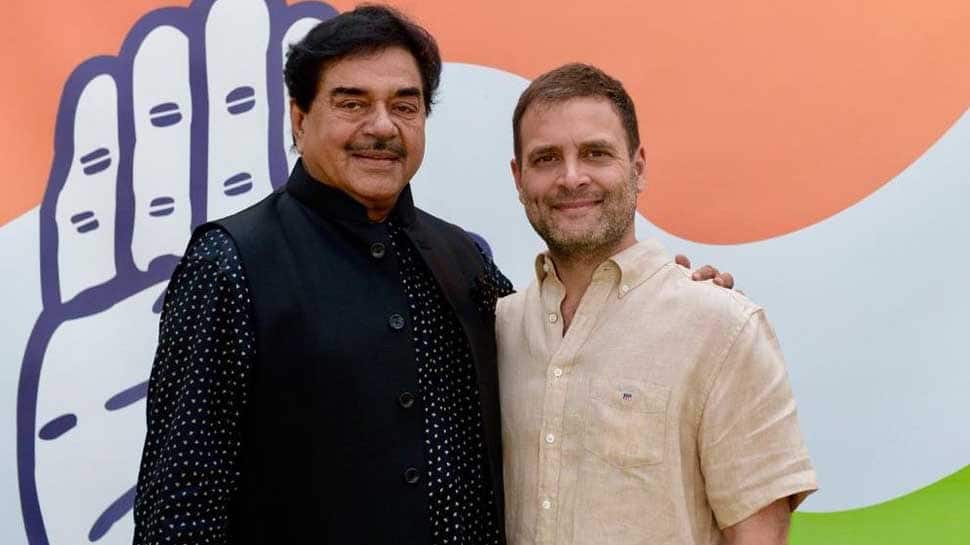 Patna: Actor-turned-politician Shatrughan Sinha on Tuesday said that before he officially joined Congress, he was invited over by West Bengal CM Mamata Banerjee, Delhi CM Arvind Kejriwal and other leaders of the South to join their respective parties.

Speaking at Zee Bihar/Jharkhand conclave, Sinha said that he finally decided to get inducted into Congress on their 'special invitation.'

He urged the people to give Congress chief Rahul Gandhi a chance in this election and said, "He is a tested leader and has recently registered a victory in three states," alluding to Congress' win in Madhya Pradesh, Chhattisgarh and Rajasthan.

"Rahul delivered the promises he had made. He waived off farmers' loan and now, through the NYAY scheme, 25 crore people will benefit, " Sinha added.

He also criticised the Narendra Modi-led government for not creating enough jobs and also for not reducing the price of crops produced by farmers.

Sinha, a former BJP leader, joined Congress earlier this month. He is the party candidate from Patna Sahib Lok Sabha constituency, from where he earlier fought on BJP ticket.

"When I spoke of national interest,  BJP called me a rebel. When I opposed demonetisation, I was considered a rebel...," Sinha further said.

"What was the fault of senior BJP leaders like LK Advani, Murli Manohar Joshi and Yashwant Sinha?" he questioned, adding that he chose to join Congress after much deliberation.

At the Centre, its only one-man show. However, this will not be the case after the election, claimed the Congress leader.