All the 10 Lok Sabha seats of Haryana went to the polls on the day amid tight security in the penultimate phase of the general elections. 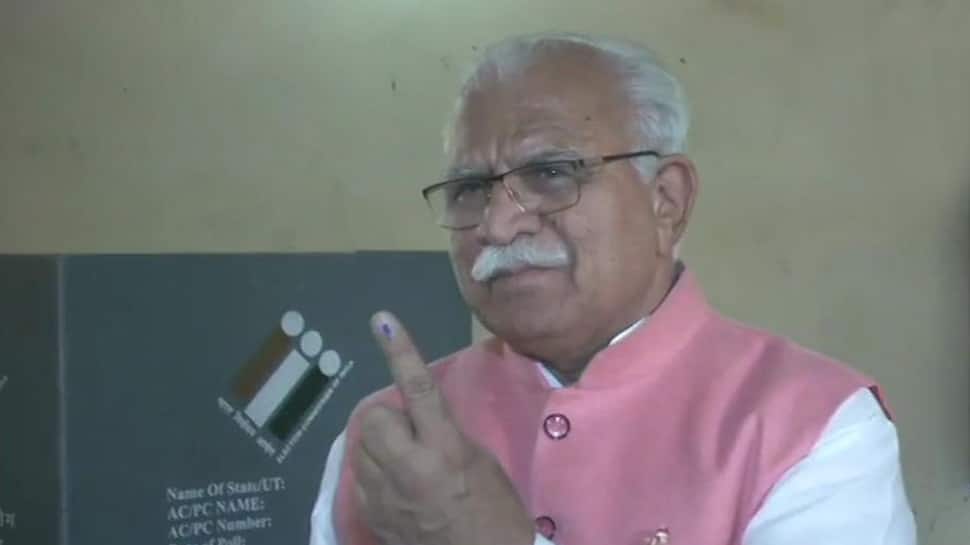 Chandigarh: Haryana Chief Minister Manohar Lal Khattar early on Sunday travelled by Shatabdi express from Chandigarh to his hometown Karnal to cast his vote. "Departing from Chandigarh to Karnal for the sixth phase of Lok Sabha elections today," Khattar tweeted.

"I am quite excited about the vote and all of you should go to your respective polling booth with full enthusiasm and ensure your participation," he said.

All the 10 Lok Sabha seats of Haryana went to the polls on the day amid tight security in the penultimate phase of the general elections.

The BJP, the Congress and Om Prakash Chautala's Indian National Lok Dal (INLD) are the three main parties in the fray. Ex-Chief Minister Chautala`s grandsons -- Arjun and the estranged Dushyant and Digvijay -- are making their debut plunge into electoral politics.

Political experts told IANS that it may be a double whammy for the BJP this time.

First, the BJP government is facing anti-incumbency at the fag end of its tenure. Secondly, the Jat quota remains a major issue in the election where caste equation has played a determining role in each poll.

The Jats, a land-owning class comprising 30 per cent of the state`s population, blame the BJP government for not defending their demand for 10 per cent quota in jobs strongly in the Supreme Court that set aside that provision.

They are believed to be favouring the Congress and the INLD more than the BJP, which is banking on a large OBC community, particularly the Sainis.

Virat Kohli casts his vote, urges others to exercise their 'right'