Speaking on his rift with his younger brother Tejashwi Yadav, Tej Pratap said that those with his brother are giving him wrong advice. 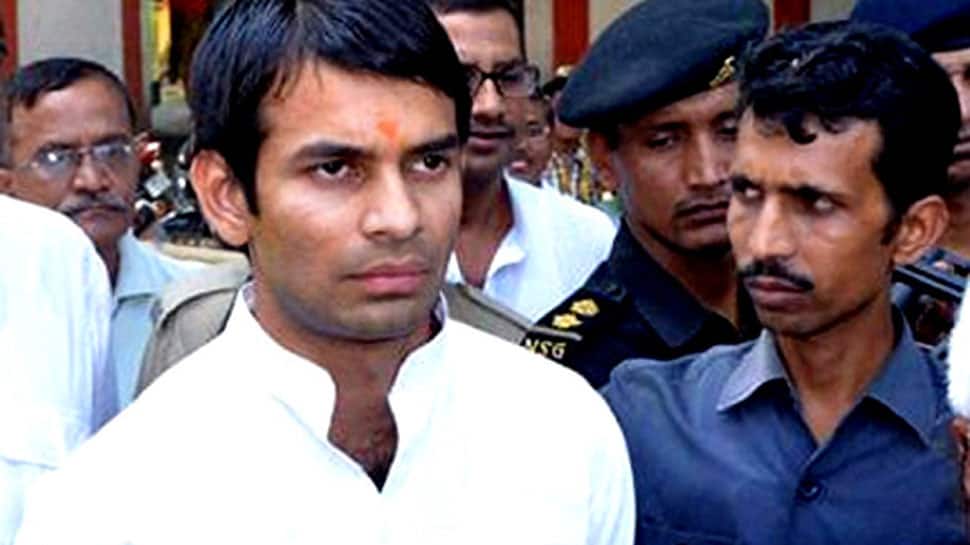 New Delhi: RJD supremo Lalu Prasad Yadav's son Tej Pratap on Monday said that he would contest from Saran as an independent candidate as the seat has been a bastion of his father and mother Rabri Devi. He added that he would not form a new political party.

Speaking on his rift with his younger brother Tejashwi Yadav, Tej Pratap said that those with his brother are giving him wrong advice. They are instigating the fight between the two brothers.

Wishing Tejashwi his best wishes, Tej Pratap said, "I will fight for RJD workers. Those with Tejashwi are giving him the wrong advice. They are instigating our fight. Tejashwi is my younger brother. He has my best wishes."

"I want to warn Tejashwi to be beware of his adviser. They are giving him the wrong picture," he added.

He further said that although he respects Prime Minister Narendra Modi, the latter has fooled the youngsters. "Our fight is against Narendra Modi and RSS. But I want to remain in Bihar politics," he said.