HD Kumaraswamy to campaign for Congress in assembly by-polls

Kumaraswamy will reach Kundgol via Hubballi on Monday evening to campaign for the Congress candidate. 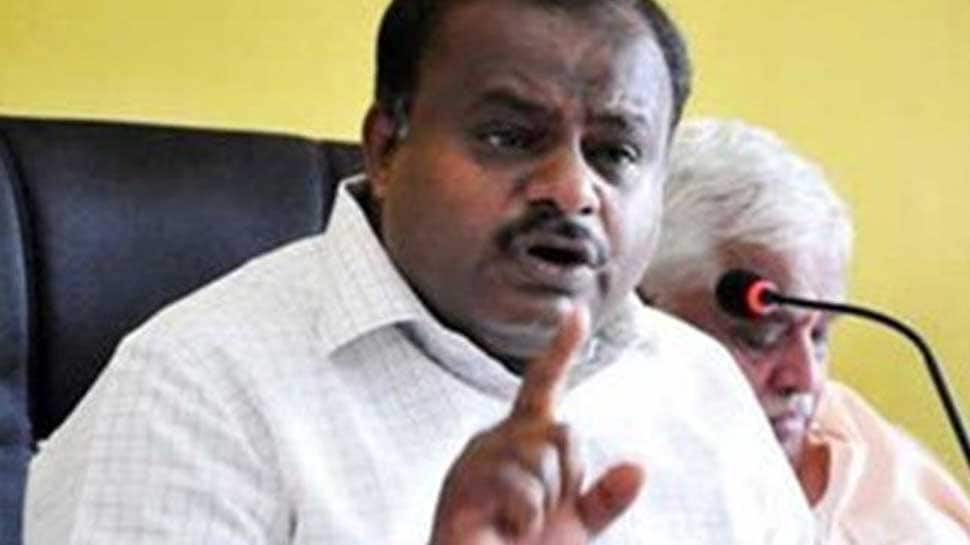 Bengaluru: Ending speculation about his participation in campaigning, amid strains in the ruling Congress-JD(S) government, Karnataka Chief Minister HD Kumaraswamy will canvass for Congress candidates in Kundgol and Chincholi assembly by-polls on May 13 and 14.

Kumaraswamy, who will reach Kundgol via Hubballi on Monday evening, will campaign for the Congress candidate there, a release from the Chief Minister's office said on Friday.

The next day he will travel to Kalaburagi and participate in some programmes there, before leaving for Chincholi to take part in the campaign event there, the tentative schedule of the Chief Minister shared with the media, said.

The JD(S), which does not have much presence in the region, is supporting its alliance partner Congress' candidates in both the seats that are going for the May 19 by-polls.

Kumaraswamy's non-participation in campaigning had given rise to speculations in political circles that things are not right between the alliance partners.

The Chief Minister, who has not made any statement, amid talk of the longevity of the coalition government, also perceived trouble in the ruling alliance as there has been a growing clamour within Congress for CLP leader Siddaramaiah to be made Chief Minister once again- is likely to open up on the issues during campaigning, JD(S) sources said.

The by-poll to Chincholi has been necessitated by the resignation of sitting member Umesh Jadhav, who quit Congress and joined the BJP to contest the recent Lok Sabha polls from Gulbarga, while the Kundgol seat fell vacant following the death of Minister C S Shivalli.

The main contest in this by-poll will be between the nominees of Congress, which held the seats and the BJP.

BJP has fielded S I Chikkanagowdar and Avinash Jadhav from Kundgol and Chincholi assembly seats respectively.

Seventeen candidates are in the fray from Chincholi and eight from Kundgol assembly segment that will go for polls on May 19, for which the results will be declared on May 23, along with Lok Sabha poll results.

The outcome of the by-polls, along with that of the elections to 28 Lok Sabha constituencies in Karnataka, held in two phases on April 18 and 23, is crucial for the ruling Congress-JD(S) alliance, facing a fresh bout of dissidence.