Hitting out at opposition parties, Thackeray added that few political parties were banking on the difference between the BJP and the Shiv Sena but are taken aback to see them together. 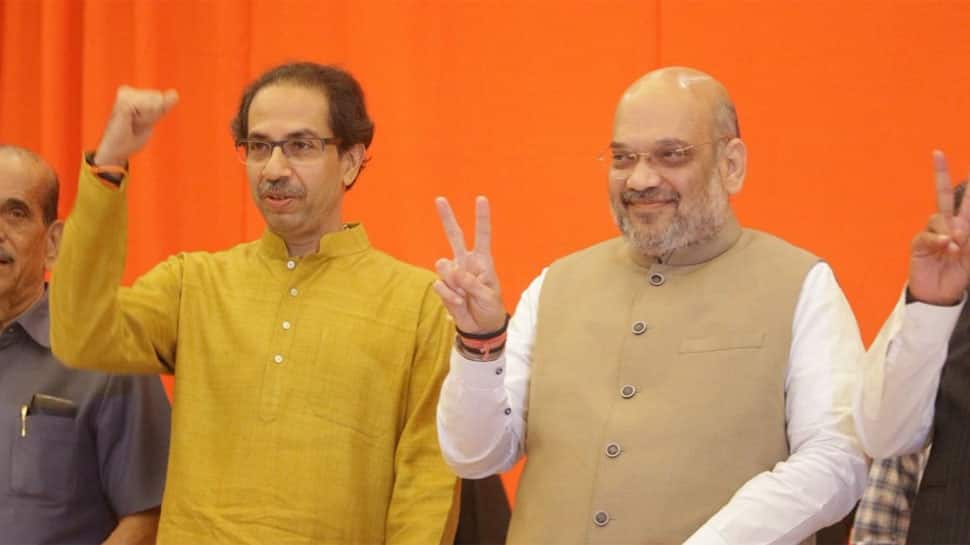 AHMEDABAD: Sending out a message on National Democratic Alliance's strength and unity to all Opposition ahead of Lok Sabha election 2019, Shiv Sena chief Uddhav Thackeray on Saturday reaffirmed the party's ties with Bharatiya Janata Party.

“My father (Bal Thackeray) taught me to do everything from heart, issues that we raised were of the people, we (BJP-Shiv Sena) had differences but we settled them. We never stabbed them from back and never will,” Thackeray said while attending BJP chief Amit Shah's roadshow held before filing nomination for the Gandhinagar Lok Sabha seat on Saturday

Speaking at the Vijay Sankalp Sabha rally, Thackeray said, “My father (Bala Saheb) used to say that Hindutva is our breath and we cannot live without it.”

Hitting out at opposition parties, Thackeray added that few political parties were banking on the difference between the BJP and the Shiv Sena but are taken aback to see them together.

"There are 56 opposition parties who have joined hands but their hearts have not yet met. We have one leader. Who is your leader? Who will be your Prime Minister? Everybody is an aspirant there and infighting has already begun for the post," he said.

Sena and BJP announced their alliance for the 2019 Lok Sabha poll and state Assembly election in February. While the BJP will fight on 25 seats, Shiv Sena will contest on the remaining 23 seats in from Maharashtra in the general election.