Narendra Modi has become the first non-Congress PM to get two successive terms in office. 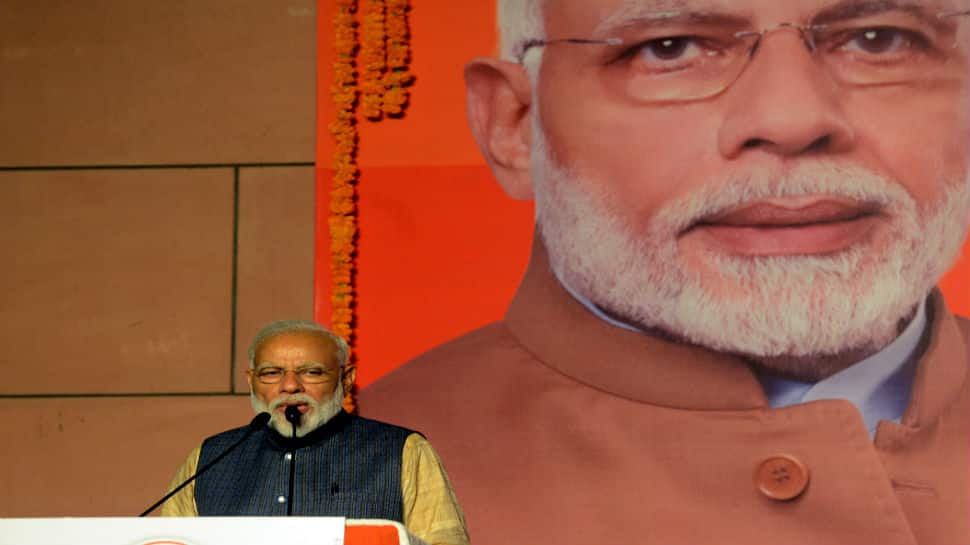 New Delhi: The world stood up and took note of the massive mandate that Narendra Modi and the Bharatiya Janata Party received from the people of India on Thursday in Lok Sabha election 2019.

The BJP cruised past the majority mark while the National Democratic Alliance breached the 350-mark barrier in Lok Sabha election 2019. Modi is now the only non-Congress PM in the history of independent India to win two successive terms in office. And as he gets set to lead a billion people for the next five years, international media is taking note once again.

Reporting on the verdict of the Indian election was varied in tone and tenor across media outlets in different countries. Several Pakistani media outlets, for instance, chose to report on the statistical highlights but supplemented main reports with editorials that sought to project Modi as a leader of Hindutva as well. Despite Modi's work on development and welfare, it is a common aberrations to delve into false perceptions. It is something that even Hong Kong-based South China Morning Post dabbled in. The media outlet's lead headline for most of Thursday evening and Friday was "Why Indians voted for Modi over jobs: it’s not the economy, stupid." Claiming that 'India's macroeconomic indicators make for a depressing reading', the report said that Congress 'has done its best to capitalise on fears for the economy.' Congress fared poorly in the election once again.

The report to the election results on New York Times, however, was titled 'Narendra Modi, India’s ‘Watchman,’ Captures Historic Election Victory.' The report admitted that there is no political leader to match the aura of PM Modi in India although there were references galore to suspicions of rising Hindutva in the country.

A BBC report also questioned the future of Congress and its president Rahul Gandhi - referring to him as the 'primary heir to the ultimate political dynasty' - after the 2019 verdict. "Not many were expecting an outright win for the Congress, but they were definitely expected to do better than 2014. That's why Thursday's results have stunned many inside and outside the party," the report further reads.

A Guardian report was equally speculative of Congress. "The loss of the family bastion seat of Amethi underscored the dwindling relevance of south Asia’s most famous political dynasty in Narendra Modi’s “new India"," it read.