In a first, transgender candidate to contest Lok Sabha election from Tamil Nadu

Radha is contesting as an independent candidate and has been allotted the Computer Mouse symbol. 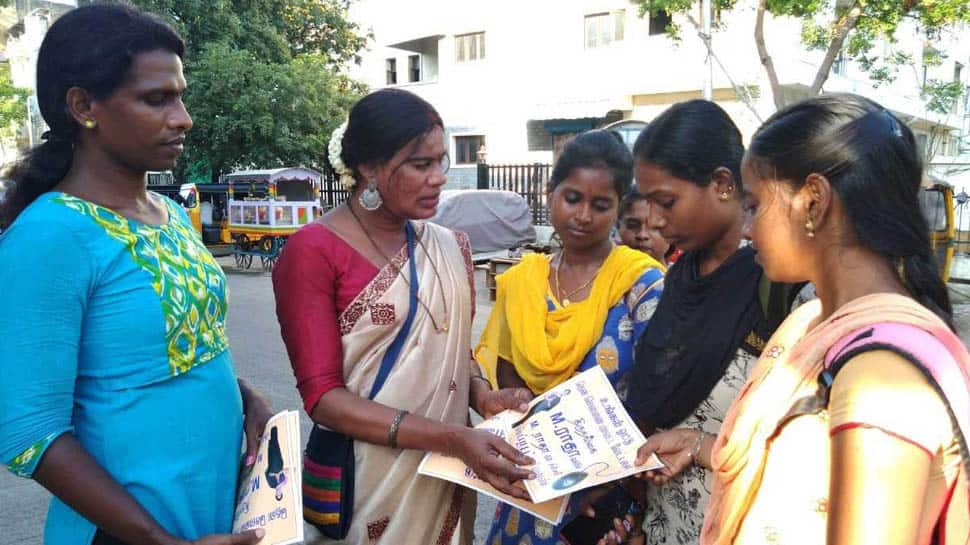 Chennai: Life has not been easy for 53-year-old Ramanujam or Radha, but she has chosen a tougher path for herself, a path that nobody from her community in Tamil Nadu has taken. She is the first transgender candidate from Tamil Nadu to be contesting the upcoming Lok Sabha election. Radha is contesting as an independent candidate and has been allotted the Computer Mouse symbol.

Speaking to Zee Media as she traversed the busy lanes of T Nagar, the commercial hub that falls under the South Chennai Parliamentary constituency, during her campaign trail.

She walks along with her friend Nila, casually chatting with passersby and curious onlookers and urging them to vote for a member of the third gender, that has been neglected and ignored by society. 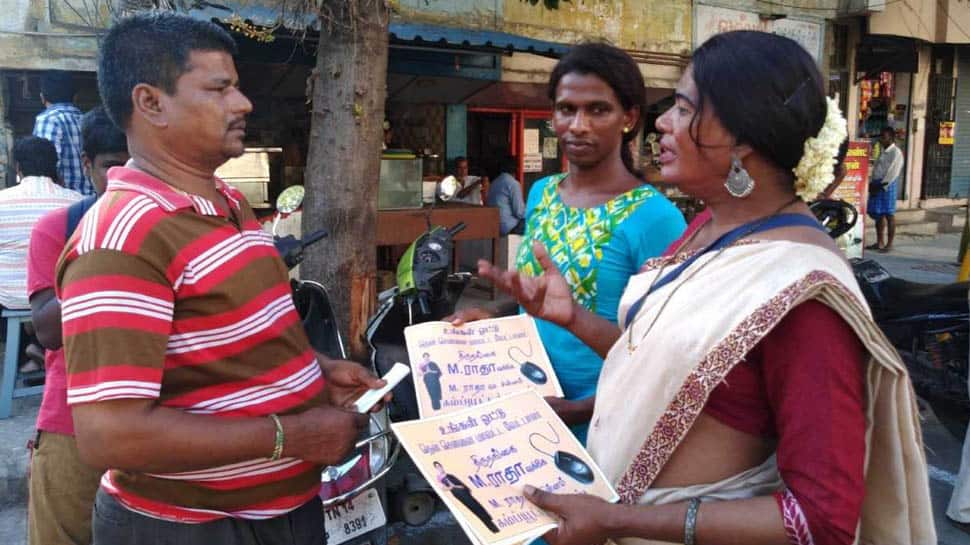 Speaking fluently in English, Radha says that she is a proud postgraduate, with a BA in Economics and an MA in English. However, her nomination papers mention only 12th standard as her qualification, as her college certificates were damaged during the 2015 Chennai floods, she explains. She laments that despite having the educational qualification, jobs are hard to find for transgenders. Radha makes her ends meet by working as a cook and housemaid and is cheerful about her culinary skills.

“I can cook a variety of North Indian and South Indian dishes, but continental would be a little difficult as I haven’t had any formal training”, she says with a smile.

Of her decision to take the political plunge, she says that the rampant sexual violence against women and children, society remaining passive about it is what disturbs her the most. "As a transgender, I will fight to ensure health penalty for those behind these crimes," she said.

The other issues that she is highlighting in her campaign are water woes in several areas across her constituency, unchecked disposal of garbage and the lack of adequate toilet facilities outside the famous Kapaleeswarar temple in Mylapore.

While the landmark Supreme Court verdict to strike down Section 377 was a boon to the LGBTQ community, she says that she wishes to actively campaign for marriage rights, property rights, adoption and other things.

Expressing enthusiasm about her campaign, she says, “There has been a very good response from the public and the fishermen community embraced me and performed aarti, but there are a few exceptions where people walk away due to apprehension."

"I am happy that transgender people are being acknowledged and are able to contribute to society by taking up jobs in the fields of medicine, law, police. So why not politics then?” she added.

Referring to the electoral battle that lies ahead, she confidently says, “I am bestowed with a man’s strength and woman’s compassion”.