In open letter to people of Uttar Pradesh, Priyanka Gandhi Vadra vows to change the face of politics in the state

In the open letter, Priyanka said that people want to share their problems but their voices have been muddled. 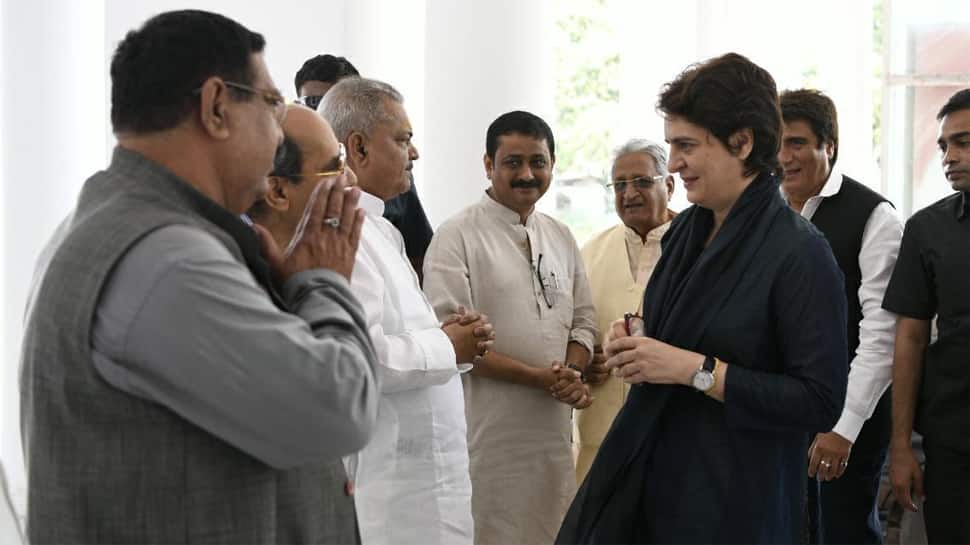 LUCKNOW: Soon after arriving in Lucknow on Sunday, Congress general secretary Priyanka Gandhi wrote a letter to the people seeking their support for changing the course of politics in the state. In the open letter, Priyanka said that people want to share their problems but their voices have been muddled.

"The women, farmers and workers of the state are facing many difficulties. They want to share their concerms with the politicians but their voice has been muddled in the current set up," she wrote in her letter in Hindi.

Priyanka also said that she will reach out to the people of the state to listen to their problems and assured them that she will try to work on finding solutions for the same.

"I want to assure you that after listening to your concern we will make the changes that are required in the state. We will work together to solve the problems," she wrote.

"I believe that the changes in the political landscape of the state cannot be done without reaching out to the people and listening to them. Hence, I am reaching out to you to have an honest dialogue with you," she added.

Priyanka arrived in Lucknow on Sunday to review the Lok Sabha poll preparations in the state. During her visit, she will meet the party candidates who fought the 2017 Assembly elections in Uttar Pradesh. The Congress, which was in alliance with the Samajwadi Party, had suffered a massive defeat in the Assembly elections. The SP-Congress combine won 54 seats of which only 7 were from the Congress.

The letter comes ahead of her three-day poll campaign which begins on Monday from her great grandfather Jawaharlal Nehru's birthplace Prayagraj to Prime Minister Narendra Modi's parliamentary constituency Varanasi.

During the course of her 3-day visit, Priyanka is likely to cover a distance of over 140 km through four districts of the state - Prayagraj, Bhadohi, Mirzapur and Varanasi - by steamer as well as in a car. Her journey will commence from Prayagraj on Monday and conclude at Varanasi's Assi Ghat and Dashashwamedh ghat on Wednesday evening.