Yadav, who was dismissed from service in 2017 after he posted a video online complaining about the substandard food served to the troops, will be contesting as an Independent candidate. 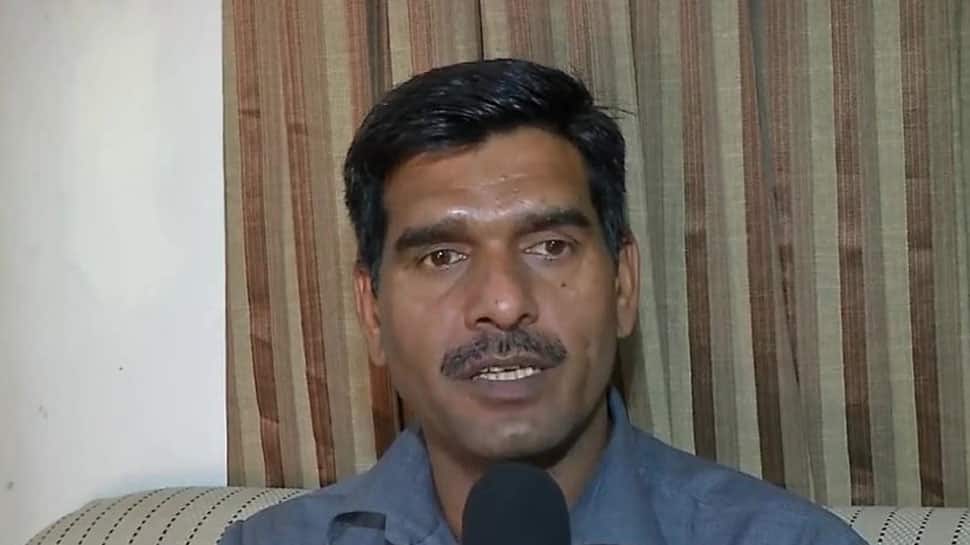 Sacked BSF constable Tej Bahadur Yadav, who will challenge Prime Minister Narendra Modi from Uttar Pradesh's Varanasi constituency in the upcoming Lok Sabha election, on Sunday asserted that he wants to ask the PM about the promises he has fulfilled till date.

Yadav, who was dismissed from service in 2017 after he posted a video online complaining about the substandard food served to the troops, will be contesting as an Independent candidate.

Speaking to news agency ANI, Yadav also said that PM Modi had earlier promised pension and status of martyrs to soldiers of paramilitary forces and he will question the PM on that too. He added that it is an equal fight as on one side there is 'asli chowkidaar' (real watchman) and on the other, there is 'nakli chowkidaar' (fake watchman).

"PM had said 'will give a status of martyrs to soldiers of paramilitary forces, will give them a pension. I will ask PM, 'you had made promises, what all did you do till date? Tell us'," added Yadav.

"It is an equal fight, on the one side you have an `Asli Chowkidar` (real watchman) and on the other side, you have a `Nakli Chowkidar (fake watchman)", further added Yadav.

Earlier on Friday, he had announced that he would contest the poll. "I will contest against Prime Minister Narendra Modi from Varanasi constituency as an independent candidate," Tej Bahadur Yadav had told reporters in Rewari, Haryana.

He had uploaded a video on social media in 2017, complaining that poor quality food was being served to the troops in icy, mountainous region along the Line of Control (LoC) in Jammu and Kashmir. He was later dismissed on the charge of indiscipline.

Yadav had uploaded a video about the quality of food which had gone viral on social media.

In the video that had sparked nationwide outrage, Yadav, a BSF soldier of the 29 battalion Seema Suraksha Bal, said that the troops were not even getting basic three square meals.

Yadav, in a series of Facebook posts, had said that the government has been doing enough to provide the security forces with essential items, but it is the BSF officials who are indulged in wrongdoings.

Yadav also posted other videos showing a poorly baked 'chapati' and dal which he said had "nothing except salt and turmeric".

In the videos, Yadav is seen accusing the high-ranking officers of selling the items being provided by the government to fill their pockets.

The BSF jawan had said, "How can a person like him stand in duty for 10-11 hours in harsh conditions after having a pathetic meal?"

The video posted by him showed that for breakfast, "only 'paranthas' and a cup of tea is provided, with not a single piece of pickle or butter."

"Dal, which is given during lunch, has only salt and turmeric (in the name of spices), with no jeera, onion, garlic or tomatoes."

Following the incident, the Prime Minister's Office (PMO) had sought a report from the Home Ministry.