The duo was forced to cancel their Delhi trip after a no-fly zone was declared in Delhi from 4 PM. 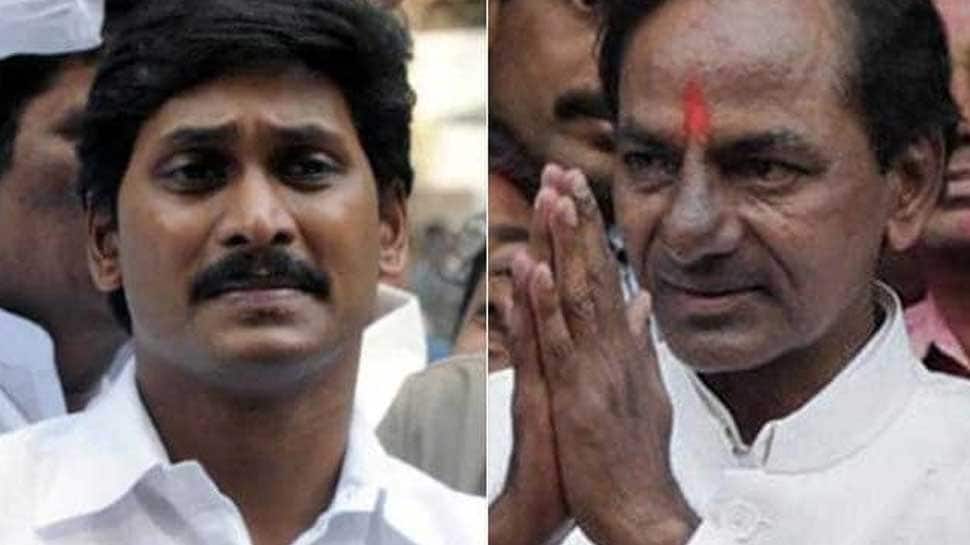 According to reports, both Jagan and KCR were invited by the Prime Minister's Office for attending the oath-taking ceremony but it has now been reported that the two have cancelled their plans as the national capital has been turned into a no-fly zone in the view of the arrival of several high-profile guests for the event.

The duo was forced to cancel their Delhi trip after a no-fly zone was declared in Delhi from 4 PM.

Both Jagan and KCR were supposed to leave from Vijayawada for Delhi around 3. KCR is now returning to Hyderabad.

The swearing-in ceremony of Prime Minister Narendra Modi is likely to be attended by nearly 8,000 guests, including foreign dignitaries and chief ministers and governors.

A tight and multi-layered security arrangement has been made in the national capital with the deployment of around 10,000 security personnel from Delhi Police and paramilitary forces.

Additionally, Quick Response Teams (QRT) will be deployed at several crucial spots and snipers will also be deployed atop several important buildings as PM Modi will visit Rajghat, Sadaiv Atal Samadhi and National War Memorial to pay homage. Over 2,000 security personnel will also be deployed along the route to be taken by Modi and other foreign dignitaries. A number of heads of states, heads of governments, constitutional authorities, diplomats, senior political leaders, government officials and media persons are scheduled to attend the ceremony.

While the guests attending the ceremony will be treated to high tea, President Ram Nath Kovind will host a private dinner for the leaders. The size of the gathering is seen as a reflection of the massive mandate received by the Modi government in the Lok Sabha election. Both the BJP and NDA have improved their tally compared to 2014. The event then was attended by about 5,000 guests.

A traffic advisory has also been issued and several roads in New Delhi will be closed for movement of the public between 4 PM to 9 PM. The advisory said that roads including Rajpath--from Vijay Chowk to Rashtrapati Bhavan, Vijay Chowk and adjoining areas including North and South fountain, South Avenue, North Avenue, Dara-Shikoh Road and Church Road will be closed for public between 4 PM and 9 PM.