Jammu and Kashmir assembly elections may be held in June after Ramzan in 6-8 phases: Sources

Sources claimed that the crucial assembly election to the J&K Assembly may be held between June 5 and 30 in 6 to 8 phases. 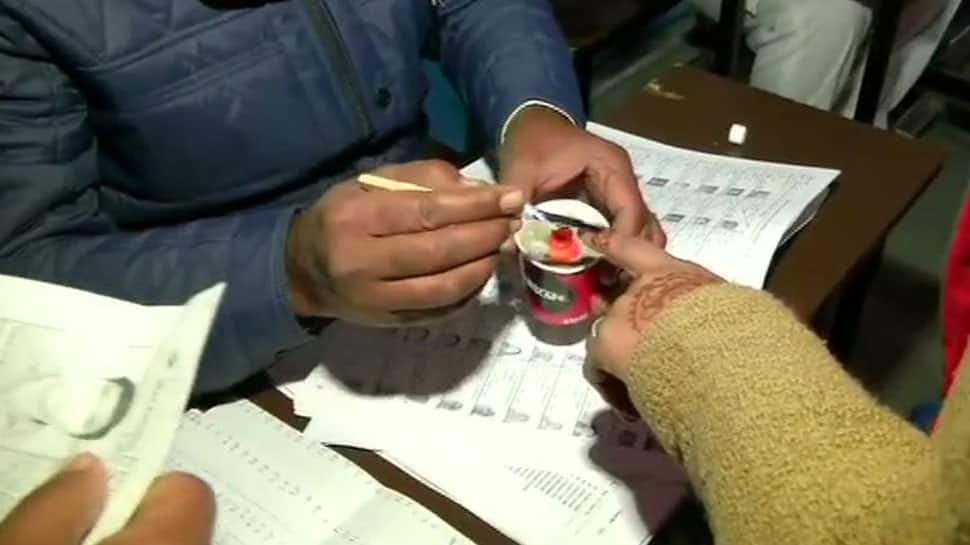 SRINAGAR: Assembly elections in Jammu and Kashmir may be held after the Holy month of Ramzan and a little before the annual Amarnath Yatra, highly-placed sources said on Saturday.

The sources told Zee Media that the crucial election to the J&K assembly may be held between June 5 and 30 in 6 to 8 phases.

The sources said that there is a general consensus that the assembly election in J&K can be held with adequate security deployments before this year’s Amarnath Yatra which begins on July 1.

A day earlier - on Friday - representatives of various political parties had met the three-member team of special observers, appointed by the Election Commission (EC), and pressed for holding the assembly election and Lok Sabha polls simultaneously in Jammu and Kashmir.

However, the leaders from the National Conference and the Communist Party of India (Marxist) did not meet the poll panel observers, saying they had nothing more to add to the demand for simultaneous polls.

The three observers - Noor Mohammad, Vinod Zutshi and A S Gill – were recently appointed by the poll panel to suggest when assembly elections can be held in the northern state.

The three-member team had arrived in Srinagar on a two-day visit on Thursday to assess the situation in Jammu and Kashmir on a real-time basis to enable the EC to take a call on holding the state assembly elections.

While announcing the schedule for the Lok Sabha elections on Sunday, the poll panel had said the Assembly elections in Jammu and Kashmir cannot be held simultaneously due to security concerns flagged by the Centre.

The state of Jammu and Kashmir has been under President's rule since December 19, 2018, which was necessitated after six months of Governor's rule ended in the state.

The Governor's rule was imposed after the PDP-BJP government in the state fell on June 19, 2018, following the national party's withdrawal from the coalition.

Since the Jammu and Kashmir Assembly has been dissolved, the EC is bound to hold fresh polls in the state within a six-month period, which will end in May.