"Despite leaders not doing anything for us, we cast our votes every time," said a villager. 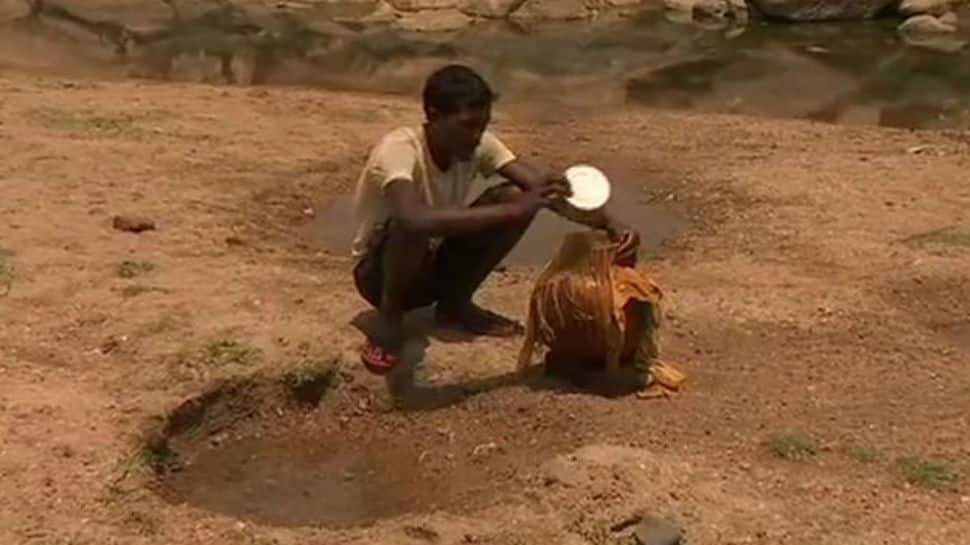 Palamu: Considered as one of the hottest places in the state, Palamu has been reeling under perennial water-crisis for ages.

Deprived of drinking water, dwellers of the region are seen collecting water from drying ponds and rivers. Having seen many elections come and go, people wait hopelessly for a leader who will alleviate their ills.

"Despite leaders not doing anything for us, we cast our votes every time. This time also we will do so but only God knows if something will come out of it or not for us," said a villager in his local language.

The magnitude of the crisis could be gauged from the large-scale migration which takes place every year from this part of the region.

Devoid of irrigation facilities for their land, labourers and landowners migrate to states like Punjab and Gujarat to earn their livelihood.

"Every year, around 500 people migrate from this area to Punjab and Gujarat. They have to do so in order to feed their children and families," said Vivek Paswan, a local youth.

Intermittent talks of constructing a dam under the Tahle Reservoir Project continue to be the only solace, but the project remains on paper for years.

"If this project gets started, then all our problems will get solved and migration from the village will also stop," said senior citizen Vishwanath Pandey.

Lok Sabha elections in Jharkhand are scheduled to be held in four phases starting from April 29 and ending on May 19. The counting of votes will take place on May 23.