Prasada who is a two-time Lok Sabha MP, is considered to be very close to Congress president Rahul Gandhi. 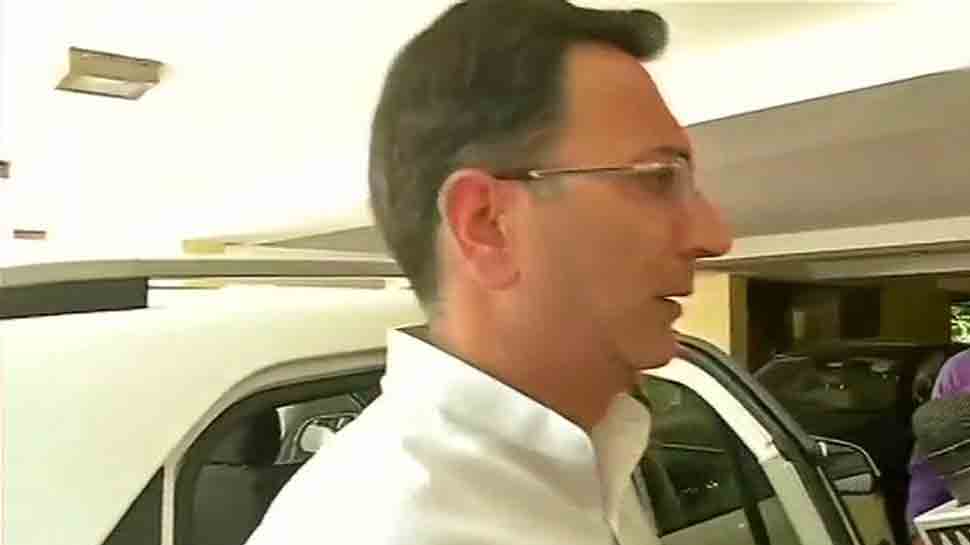 Congress leader Jitin Prasada has rubbished reports of him joining the Bharatiya Janata Party (BJP) calling the question itself a 'hypothetical' one. "There should be some basis for such a question. Why should I answer a hypothetical question," Prasada told news agency ANI when asked about the possibility of him joining the saffron party.

Prasada who is a two-time Lok Sabha MP, is considered to be very close to Congress president Rahul Gandhi. He won from Shahjahanpur and Dhaurahra Lok Sabha constituencies in the 2004 and 2009 Lok Sabha elections respectively.

Him joining the BJP will be a big blow to the Congress as he comes from a family of Congress loyalists. His father Jitendra Prasada was a Congress vice president and served as the political advisor to former prime ministers Rajiv Gandhi and PV Narasimha Rao while his grandfather Jyoti Prasada too was associated with the party.

The reports of his moving away from the Congress emege just a week after a veteran party leader Tom Vadakkan joined the BJP on 14 March 14 2019 in the presence of Union Minister Ravi Shankar Prasad and other top BJP leaders. Vadakkan after the entering the BJP fold had claimed that that he was deeply hurt by the Congress' stand on the Pulwama terror attack and had then decided to leave the party.

"The attack by Pakistan on our land and the reaction from my party was sad indeed. I left the party with heavy heart. If a party is working against national interest, there there is no other option but to leave it," he had said adding that the party had resorted to a practice of "use and throw".

The BJP may field Vadakkan in the Lok Sabha elections from a seat in Kerala. Vadakkan who was actively working for the party for over two decades, was considered to be in the close circuit of the Gandhi family and was party’s media face during discussions and debates.