A grenade was lobbed by the terrorists towards Rohmoo polling station in Pulwama but there were no reports of any casualties in the the blast. 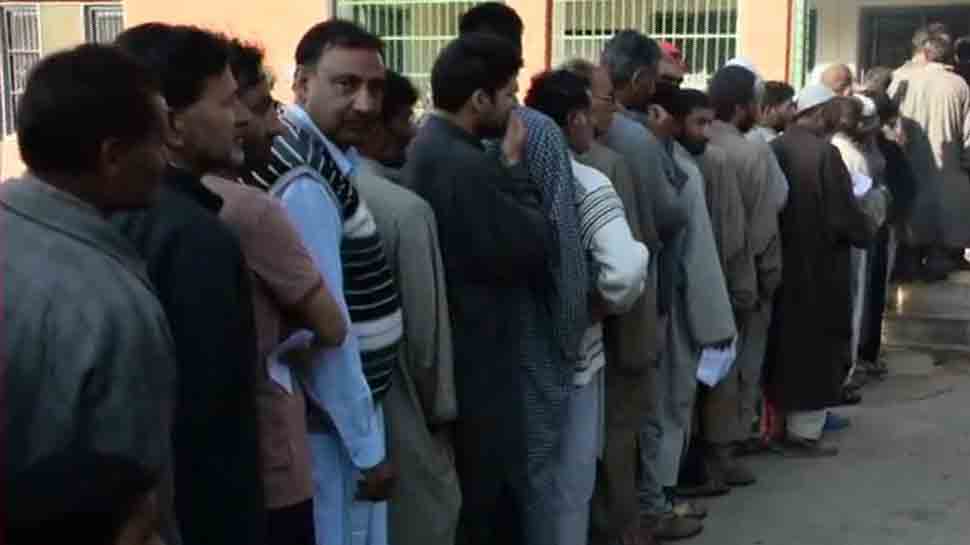 New Delhi: Terrorists on Monday lobbed a grenade near a polling station in Pulwama district of Jammu and Kashmir where voting is underway for the fifth phase of Lok Sabha election.

The grenade was lobbed towards the Rohmoo polling station in Pulwama. However, there was no report of any casualty in the blast. Following the incident, the security forces cordoned off the area.

In Shopian, two school buildings, that were designated as polling booths, were set on fire reportedly by an unruly mob.

Voting for the fifth and the last phase of Lok Sabha elections in Jammu and Kashmir is being held in two constituencies - Ladakh and Anantnag. In Anantnag, polling is underway in Shopian and Pulwama districts amidst stringent security arrangements. The twin districts of Pulwama and Shopian are spread over six assembly segments comprising Tral, Pampore, Pulwama, Rajpora, Wachi and Shopian.

Anantnag Lok Sabha constituency is spread over four districts of Anantnag, Kulgam, Shopian and Pulwama with 16 assembly segments. The Lok Sabha polls to this constituency are being held in three phases due to security reasons.

Anantnag district went to polls on 23 April, while voting in Kulgam district took place on 29 April.