"He had said he would hang himself in the middle of the road if problems caused by demonetisation were not solved in fifty days. We are ready to lay the road. Will he come?" 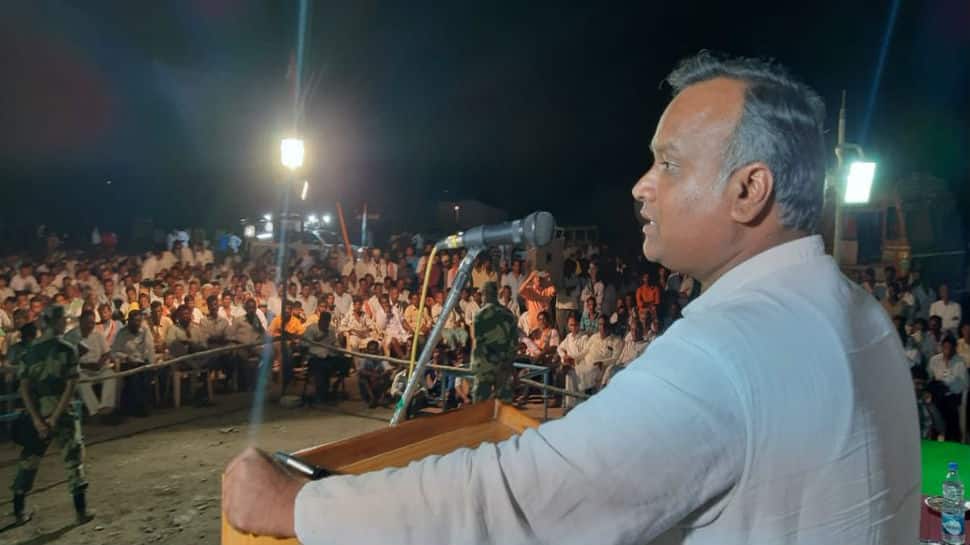 New Delhi:  Mallikarjun Kharge had sparked a row on Sunday when he had asked if PM Narendra Modi would hang himself if his prediction of Congress getting less than 40 seats in Lok Sabha election 2019 came untrue. Two days later, his son - Priyank Kharge - backed the senior Congress leader and said he would lay a road for PM Modi to hang himself on.

The personal nature of attacks against PM Modi this election season has been scathing, intense and relentless. Mallikarjun had invited ire with his remarks over PM Modi's poll prediction. On Tuesday, Priyank joined the cacophony by opening yet another front from which to personally attack the PM. "He had said he would hang himself in the middle of the road if problems caused by demonetisation were not solved in fifty days. We are ready to lay the road. Will he come," he said.

When asked if his father would apologise for his Sunday's remarks, Priyank put forth a counter question. "Before my father apologises, let PM Modi and BJP leaders apologise. They called Sonia Gandhi a jersey cow, they said Rahul Gandhi is a hybrid. They've made several statements. First let them apologize."

Speaking at Kalburgi, Priyank went on to claim that BJP is making tall promises of winning election but that not much would come of these. "BJP said they'll make a Congress-mukt Bharat. Later they said the party will come to power on its own. Now they say NDA will come to power," he said.

The political discourse this election season has been despicable with political leaders cutting across party lines opting to make personal attacks along with their allegations at one another. Every single party is claiming to come out shining at the end of Lok Sabha election 2019. Counting of votes - on May 23 - will separate the winners from the rest.

Will quit politics if proven: MK Stalin lashes out against claims DMK has reached out to BJP