'Kaamdars' use India’s Naval asset to strike at terror, 'Naamdars' use it for vacations: Arun Jaitley 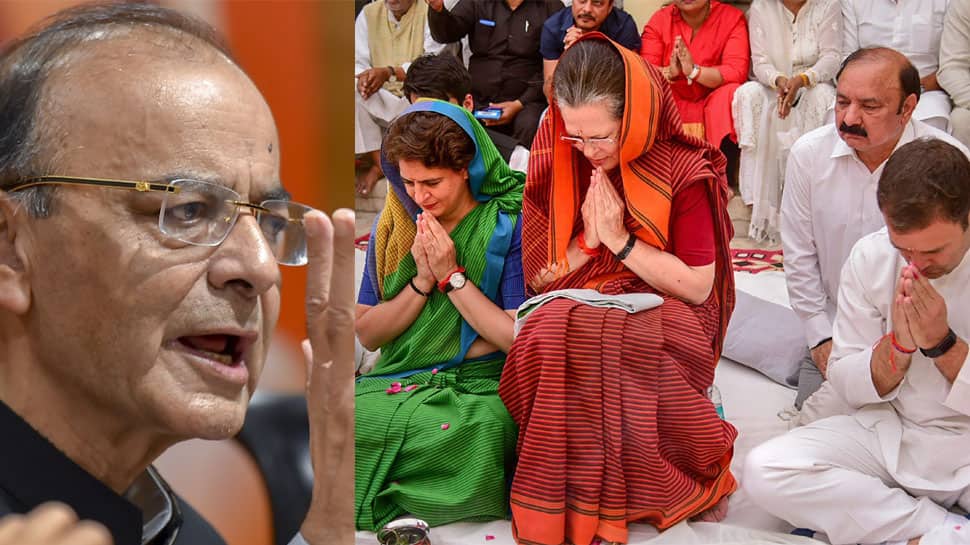 “The Kaamdars (workers) use India’s Naval assets to strike at terror. The Naamdars (dynasty) use them for personal vacations with family and in-laws,” tweeted the senior BJP leader.

The Kaamdars use India’s Naval assets to strike at terror. The Naamdars use them for personal vacations with family and in-laws.

"Kya aapne kabhi suna hai ki koi apne parivaar ke saath yudhpot (warship) se chuttiya manane jaaye? (Have you ever heard that anyone has gone on a vacation with their family on a warship)?" added PM Modi.

Earlier, PM Modi had dubbed Rajiv Gandhi as "bhrashtachari no 1" (corrupt no 1), in a reference to the Bofors scam.