Kalraj Mishra was the Union Minister of Micro, Small and Medium Enterprises before resigning in September of last year. 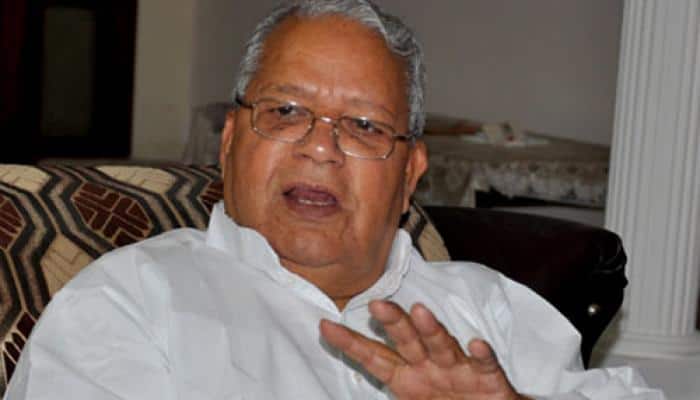 Kalraj Mishra, a senior BJP leader and MP from UP's Deoria, announced on Thursday that he won't contest the upcoming Lok Sabha election.

Choosing to focus on responsibilities given to him by his party, Mishra told news agency ANI that he won't fight the election. "I will not contest elections this time, I have been given a lot of other responsibilities by the party so my time will be devoted to that," he said.

Speaking to Zee News, Mishra said that he has already informed the party leadership of his decision, adding that he expects the BJP to win the election with ease. "BJP should have no trouble winning, especially in Uttar Pradesh. The entry of Priyanka (Gandhi Vadra) will have no benefit for Congress and the party will be rejected once again by people at large."

A seasoned politician and a veteran in the BJP, Mishra had defeated Bahujan Samaj Party's Niyaj Ahmad in the 2014 Lok Sabha election. He had received 4,96,500 votes at the time, scripting his win by a margin of over 2.65 lakh votes.

Mishra, 77, was appointed the Union Minister of Micro, Small and Medium Enterprises after Narendra Modi took oath as Prime Minister but he resigned in September 2017. This was before a cabinet reshuffle even though he said this had nothing to do with his decision to resign. He even claimed that when he met PM Narendra Modi to give his resignation, his performance was appreciated.