The MNM chief also released the second and final list of candidates for the Lok Sabha polls and bypolls to 18 assembly constituencies in Tamil Nadu. 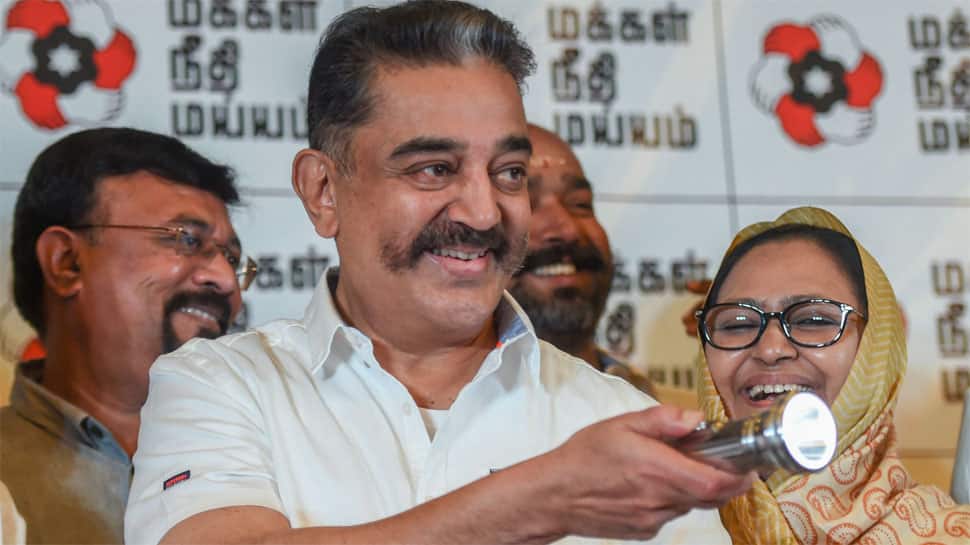 “I will neither contest upcoming Lok Sabha polls nor assembly bypolls to 18 constituencies in Tamil Nadu,” said the founder of Makkal Needhi Maiam (MNM)  at massive public meeting in Coimbatore on Sunday night.

“I have lot of work to do. I will work towards the success of my candidates,” he added.

The MNM chief also released the party manifesto and the second and final list of candidates for the Lok Sabha polls and Tamil Nadu bypolls.

In its manifesto, the party assured to solve the state's drinking water problem, wipe out poverty, ensure slum-free Tamil Nadu and equal wages for women labourers as men in all sectors, reported news agency PTI.

Haasan added the winners who fail to deliver and fulfil the poll promises would be removed. Any complaint against them will also be investigated by a central party committee and if found guilty, the candidate will be asked to resign immediately.

Makkal Needhi Maiam (MNM), which translates to “Centre for People’s Justice” in English, was launched on February 21, 2018, from Haasan's hometown Rameswaram. The party is registered with the Election Commission of India and got "Battery Torch" as the symbol for the upcoming elections.

As part of the launch of his political party, Kamal Haasan toured Tamil Nadu extensively to interact with locals in different villages of the state.

The veteran actor also displayed an ideological leaning towards the Left and the Dravidian movement. Regarding electoral alliances, he chose to remain non-committal and not ally with any regional or national outfit.

Haasan's party is the only major new-entrant in Tamil Nadu's political landscape.