The demand to grant special category status to Andhra Pradesh intensified after the division of the region into two states in 2014. 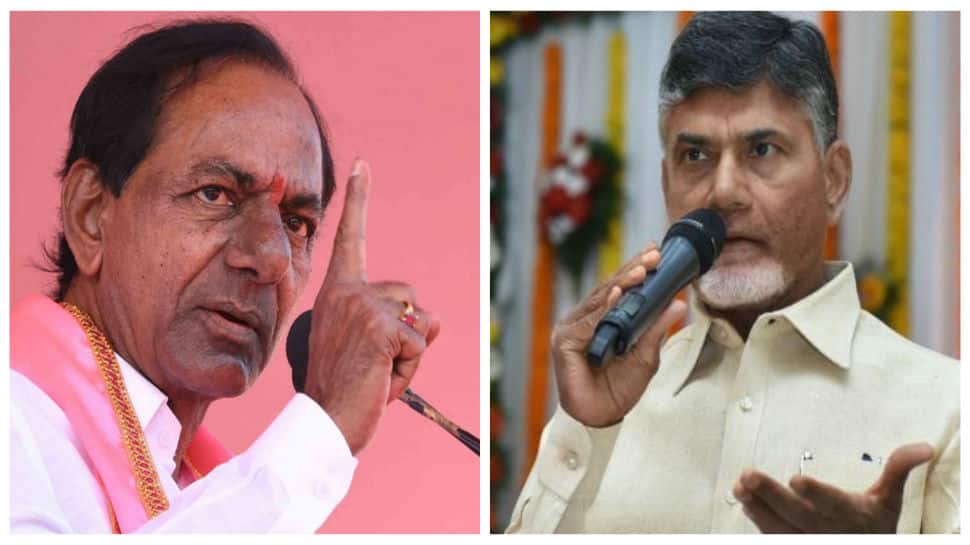 VIKARABAD: Reaffirming his support for special category status to Andhra Pradesh, Telangana Chief Minister K Chandrasekhar Rao on Monday hit out at his Andhra Pradesh counterpart Chandrababu Naidu saying that Naidu is set to face defeat in upcoming Lok Sabha poll and the Andhra CM is "abusing" him every day out of fear of defeat.

The demand to grant special category status to Andhra Pradesh intensified after the division of the region into two states in 2014, when Telangana was carved out of Andhra Pradesh during the Congress-led UPA government at the Centre.

Andhra Pradesh`s capital Hyderabad, which is home to several IT firms, was also shifted to Telangana. At present, 11 states - Assam, Jammu and Kashmir, Nagaland, Arunachal Pradesh, Manipur, Sikkim, Himachal Pradesh, Meghalaya, Tripura, Uttarakhand and Mizoram - have been granted special status category. These states receive special financial aid from the Centre because majority of them have hilly-terrain and have a considerable population of tribal people.

The funds to special and general category states are allocated by the central government on the basis of Madhav Gadgil-Pranab Mukherjee formula, which was proposed in 1969.

"Shameless Jaganmohan Reddy is eating dog biscuits; he is distributing them to us also. Jaganmohan Reddy and KCR are pet dogs for Modi, they will be at his feet for a single biscuit. Jagan is going to share those biscuits with you too, beware," Naidu said at a rally.

The Andhra CM claimed that YSRCP is getting money from BJP and TRS for their political campaigns but the party will fail to win the election despite spending crores.

"Modi and KCR have spent Rs 1000 crores (Referring to being given to Jagan for spending in elections). KCR, why did you send that money? Why did you send your state money to us? Even if you send 10,000 crores you won`t get even a single vote here. Our people are so angry with you", said Naidu.

Andhra Pradesh is scheduled to witness simultaneous polling for both Lok Sabha and assembly constituencies on April 11. Counting of votes will take place on May 23.