The FIRs, filed in Jorasanko and Amherst Street police stations, were registered based on complaints filed by students affiliated with Trinamool Chhatra Parishad (TMCP).

Kolkata: The Kolkata Police Wednesday registered two First Information Reports (FIRs) against BJP president Amit Shah in connection with the violence that erupted during his road show in the city on Tuesday. The police also arrested 16 persons in the case.

The FIRs, filed in Jorasanko and Amherst Street police stations, were registered based on complaints filed by students affiliated with Trinamool Chhatra Parishad (TMCP) of Vidyasagar College and Calcutta University.

The students alleged that the BJP workers entered the Calcutta University's Vidyasagar College premises, vandalised the statue and set it on fire. The cadres also assaulted the students during the incident. 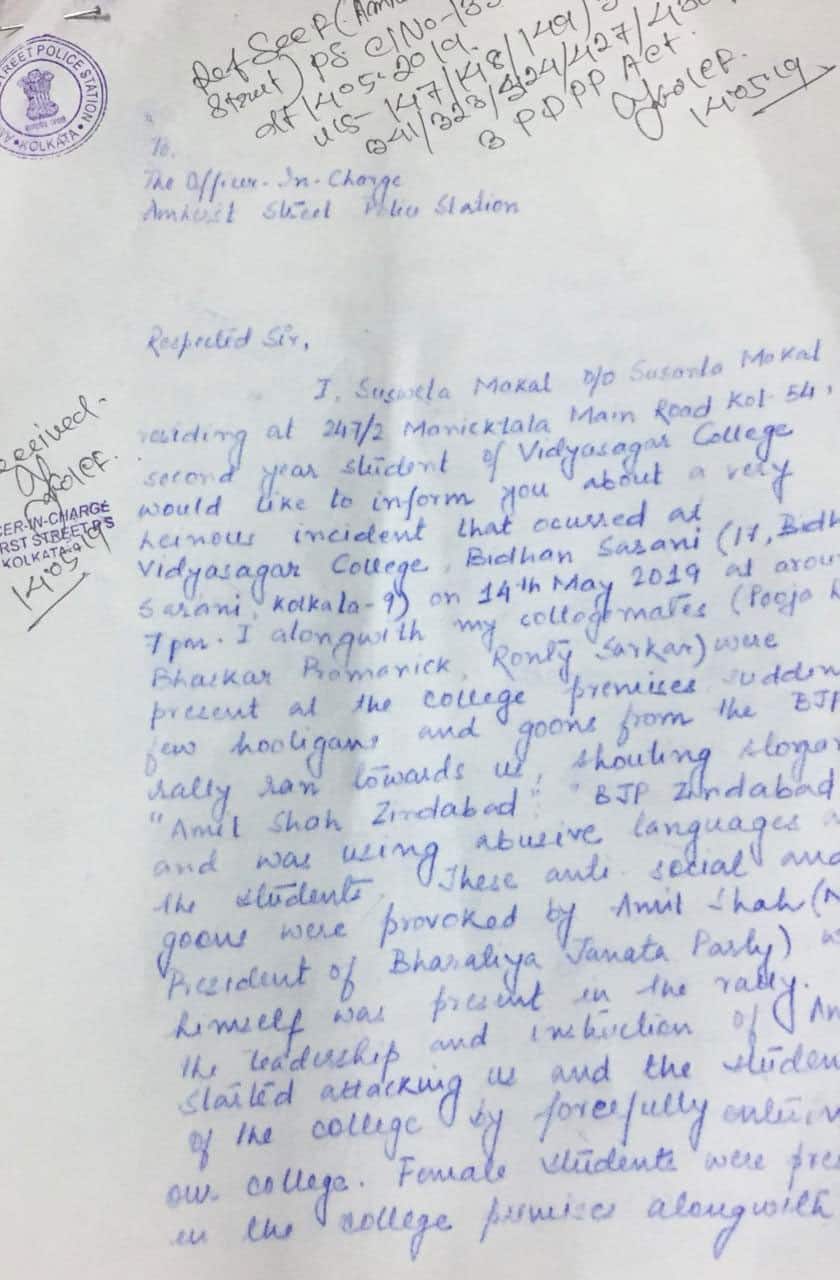 Kolkata witnessed a tense Tuesday with after supporters of BJP and Trinamool clashed during Amit Shah's roadshow. The BJP president's convoy was allegedly attacked with sticks and stones by TMC supporters, triggering a clash between supporters of the two parties. The clashes took place near College Square and Vidyasagar College. In the ensuing violence, a bust of Bengali renaissance figure Vidyasagar was also damaged. At least two vehicles were set ablaze. Kolkata Police resorted to lathi-charge to dispel the crowd of protestors. More than 100 people were taken into custody.