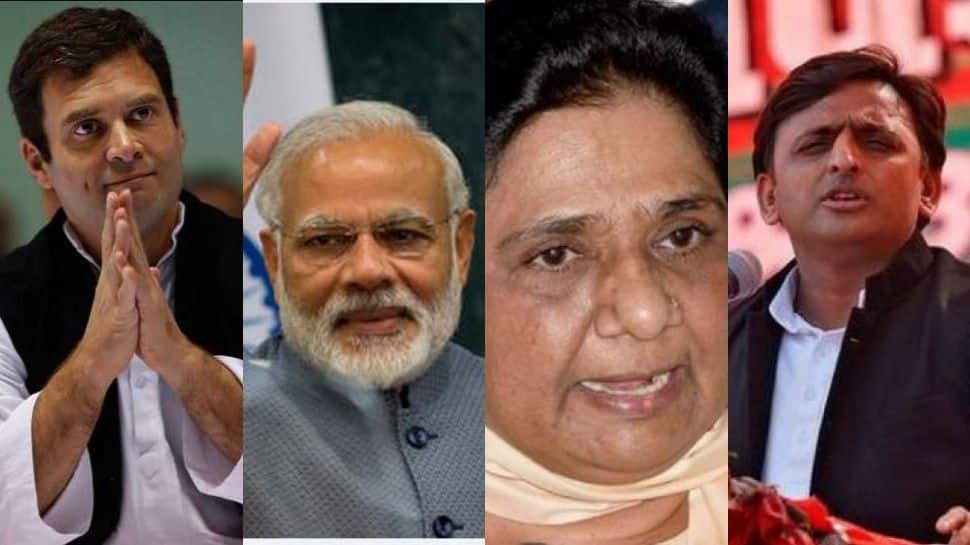 The Narendra Modi-led BJP registered a thumping victory in Uttar Pradesh by winning 64 out of 80 seats along with its ally Apna Dal. The results came as a major blow to the grand alliance of Akhilesh Yadav led-Samajwadi Party and Mayawati's Bahujan Samaj Party, who could only manage to win 15 seats.

The party supremos buried their age-old differences to unite against Modi and their 'Mahagathabandan' was expected to give a tough fight to BJP but it didn't happen. However, Akhilesh won the seat from Azamgarh. He defeated famous Bhojpuri actor and BJP candidate Dinesh Lal Yadav by over 2 lakh votes.

In another historic win in UP, Smriti Irani dethroned Rahul Gandhi from his constituency, Amethi, by over 55000 votes. This is Smriti's first win from Amethi. In 2014, even when Congress was almost wiped out from the state, Rahul managed to retain his Amethi seat.

Other prominent winners from the state are Sonia Gandhi from Rae Bareli, Ravi Kishan from Gorakhpur, Ex-army chief and Union minister V K Singh from Ghaziabad among others.

The state voted in all the seven phases of the 17th Lok Sabha election.

Here is the list of the successful candidates from Uttar Pradesh in the Lok Sabha election 2019:

Uttar Pradesh has been under BJP rule since March 2017 when the party secured a massive win the state Assembly election.

The Samajwadi Party won five seats and the Congress had two. The Mayawati-led BSP and RLD were completely wiped out. Apart from BJP and the SP-BSP alliance, another important party that is contesting elections is the Rahul Gandhi-led Congress. Voting for the 17th Lok Sabha was held in seven phases from April 11 to May 19. The counting of votes started at 8 am on May 23 and the results were declared simultaneously.