Amethi will once again see Rahul Gandhi and BJP's Smriti Irani face off in the Lok Sabha election. 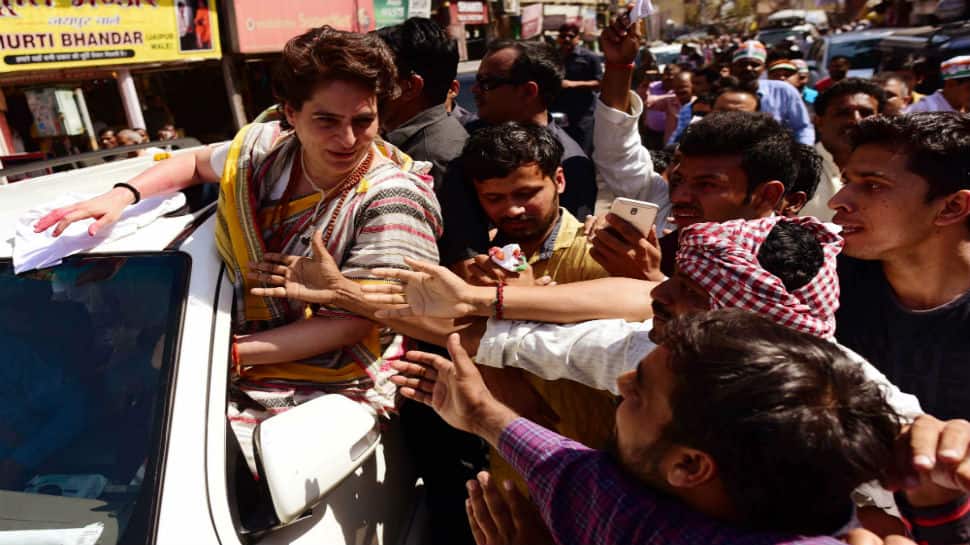 Priyanka Gandhi Vadra will visit the Congress bastion of Amethi on Wednesday to kickstart the second-leg of her campaigning ahead of Lok Sabha 2019 election.

Amethi is of vital significance to Congress as it is not just the party bastion but a family bastion as well because before Rahul Gandhi, uncle Sanjay Gandhi, father Rajiv Gandhi and mother Sonia contested from here and always managed to triumph. Rahul himself won from here in 2004, 2009 and 2014 although he was given a strong fight by BJP's Smriti Irani in the last Lok Sabha election.

Priyanka would be hoping that the fight is not close this year as Rahul and Smriti once again face off here.

During her visit to Amethi, the Congress general secretary will hold a meeting with the party's booth-level presidents at the AH Inter College in Musafirkhana. Initially, she was scheduled to visit Ayodhya on Wednesday before the plan was altered. Now, she will participate in a 50-kilometre roadshow from Faizabad to Ayodhya on Friday in which she is expected to address two meetings. She will also visit Raebareli, another family bastion.

Priyanka has been busy since making her political debut in January when she was made Congress in-charge for eastern Uttar Pradesh. She has, since, launched frontal attacks on Prime Minister Narendra Modi even though BJP leaders have said that her entry into politics will be of no help to her party. Some of the BJP leaders have also said that it is because of Rahul's failures that Congress brought in Priyanka.

Lok Sabha election live updates: Congress workers calling me and saying they are with me, says Nitin Gadkari