Over 1.86 crore people voted in favour of the BJP in Gujarat and 93 lakh chose to vote for the Congress. 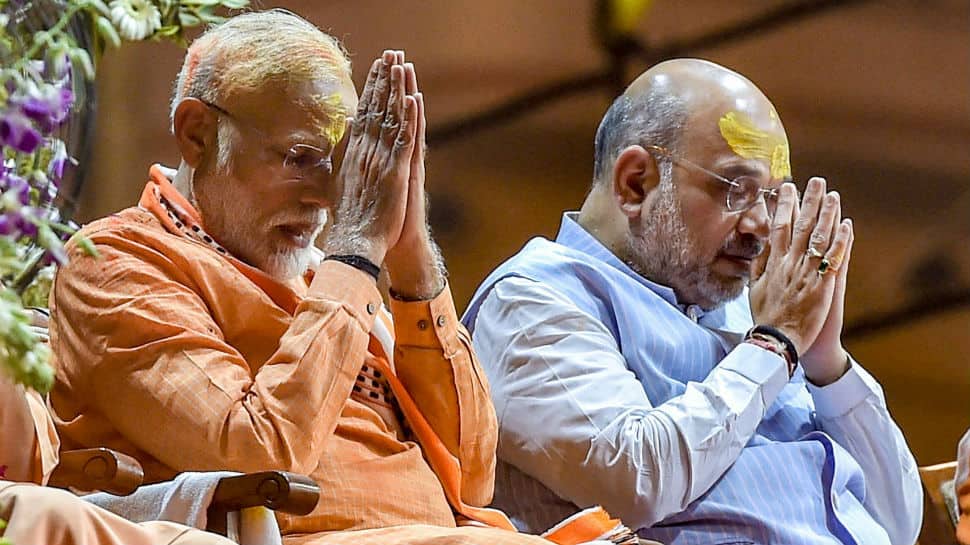 Gandhinagar: The Bharatiya Janata Party (BJP), which swept all the 26 seats, got 62.21 per cent vote share in the recently-concluded Lok Sabha election 2019 while the Congress received 32.11 per cent.

Over 1.86 crore people voted in favour of the BJP in Gujarat and 93 lakh chose to vote for the Congress, as per the data available to the Election Commission's website.

Apart from the BJP and Congress, the Bahujan Samajwadi Party (BSP) got 0.86 per cent, Communist Marxist Party (CPI) got 0.02 per cent, Nationalist Congress Party (NCP) got 0.09 per cent and the other parties got 3.34 per cent. About 1.38 per cent of the electorate chose to press the NOTA button in Gujarat.

The fight in Gujarat was primarily between the BJP and the Congress and the saffron party came out victorious, in a repeat of its feat in the 2014 General election, in which it also won 26 seats. In 2014, the BJP had got 59.1 per cent vote share, the Congress 32.9 per cent and the others 8 per cent.

The voting percentage in Gujarat was recorded at 63.14 per cent while the voter turnout in 2014 Lok Sabha polls was 63.7 per cent.

BJP president Amit Shah also made a debut this time in the national election and fought from Gandhinagar, a seat previously held by veteran party leader LK Advani.

Shah's debut proved to be a hit and he won the seat by over 5 lakh votes against close rival, Congress' CJ Chavda.

The BJP-led National Democratic Alliance (NDA) is all set to form the government at the Centre for the second consecutive term under the leadership of Prime Minister Narendra Modi.