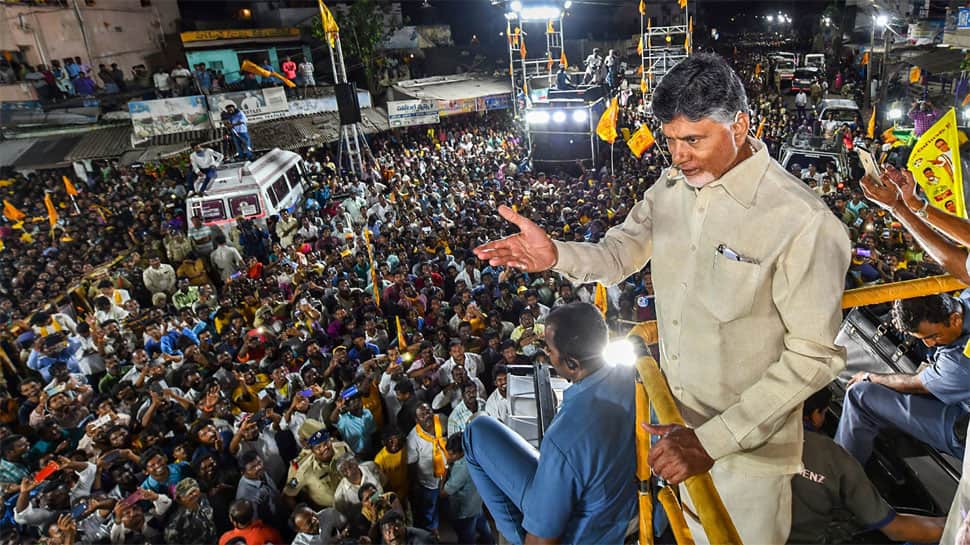 “Narendra Modi is a terrorist. He's not a good man. I'd like to remind minorities that if NaMo is voted back to power, there'll be lot of problems,” said Naidu while addressing a rally at Madanapalle in Andhra Pradesh's Chittoor district.

“Look at the injustice he bellowed on you... brought in Triple Talaq (Bill), conspiring to lock you up in jail, killing 2000 people after Godhra. At that time, I had just asked for his resignation. No country let him enter their territory. Now, as a PM, he's grown horns, trying to supress minorities onc again,” added the TDP chief.

Naidu also lashed out at the Prime Minister for comparing the Polavaram irrigation project to an ATM.

“Polavaram is the lifeline of Andhra Pradesh - it is not ATM for me, but ATW (any time water) for the state," he said, as reported by ANI.

Naidu was referring to Prime Minister's earlier remarks at a public rally in Andhra Pradesh's Rajahmundry where PM Modi alleged that Naidu was using the Polavaram irrigation project on Godavari River as an ATM.

“Polavaram project needs Rs 58,000 crores but the Centre gave us only Rs 7,000 crores. Is the PM giving money out of his pocket,” Naidu questioned.

In the upcoming Lok Sabha election, Naidu is contesting from Kuppam seat in Chittoor district for the seventh consecutive time.

The TDP had supported the BJP-led government after 2014 Lok Sabha elections but withdrew the support in March last year over the issue of special status to Andhra Pradesh.

Elections to the 175-member Andhra Pradesh Assembly is scheduled to be held on April 11 simultaneously with the Lok Sabha polls.