Traditionally, the state has witnessed a contest between Mamata Banerjee-led Trinamool Congress and the Left Front with Congress also strong in a few pockets. 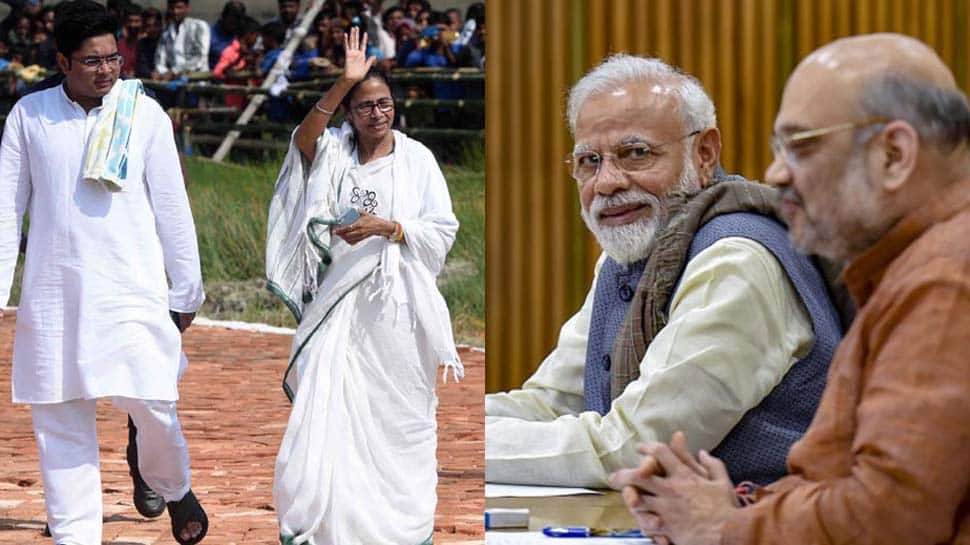 With 42 Lok Sabha constituencies, West Bengal sends the third highest number of lawmakers to the lower house of Parliament. In the Lok Sabha election 2019, the results of which will be declared on May 23 (Thursday), a total of 466 candidates are in the fray. Traditionally, the state has witnessed a contest between Mamata Banerjee-led Trinamool Congress and the Left Front with Congress also strong in a few pockets. However, Lok Sabha election 2019 witnessed the emergence of the Bharatiya Janata Party (BJP), making it a four-cornered battle and creating a lot of interest in the final results.

Voting was held in the state in all seven phases of Lok Sabha election - April 11, April 18, April 23, April 29, May 6, May 12 and May 19. Out of the 42 seats, 10 are reserved for Scheduled Caste and two for Scheduled Tribe candidates. In 2014, Trinamool Congress bagged 34 seats followed by the Congress with four while two seats each were won by the Left Front and the BJP.

Arjun Singh, a former Trinamool MLA from Bhatpara, is contesting on a BJP ticket from Barrackpore against former Union minister and TMC candidate Dinesh Trivedi. Trinamool’s sitting MP Arpita Ghosh is seeking re-election from Balurghat where she is facing Ranen Barman of RSP, Sukanta Mazumdar of BJP, Abdus Sadek Sarkar of Congress and Nalin Chandra Murmu of BSP.

Large-scale violence was reported from different constituencies across the state in all the seven polling phases, with Trinamool Congress and BJP blaming each other for the violence. Controversy also erupted after the statue of Bengali cultural icon Ishwar Chandra Vidyasagar was vandalised in Kolkata during Amit Shah's roadshow on May 14, leading to clashes between TMC and BJP supporters. As many as 200 companies of central armed paramilitary forces (CAPFs) will remain deployed in West Bengal till May 27 in a bid to curb any post-poll violence that might occur in the state.

Exit polls predicted two different scenarios in West Bengal, which has been a TMC bastion since 2011. While some exit polls say TMC's fort will be intact, other show a massive surge for BJP. Mamata Banerjee-led TMC is expected to win at least 29 seats in West Bengal, as per IANS-CVoter Exit Poll. Times Now VMR has predicted 11 seats for the BJP, 28 for the TMC, two for the Congress and one seat for others.