Election Commission officials said that in some polling stations, voting was halted temporarily due to the malfunctioning of either the EVM or the VVPAT machines. 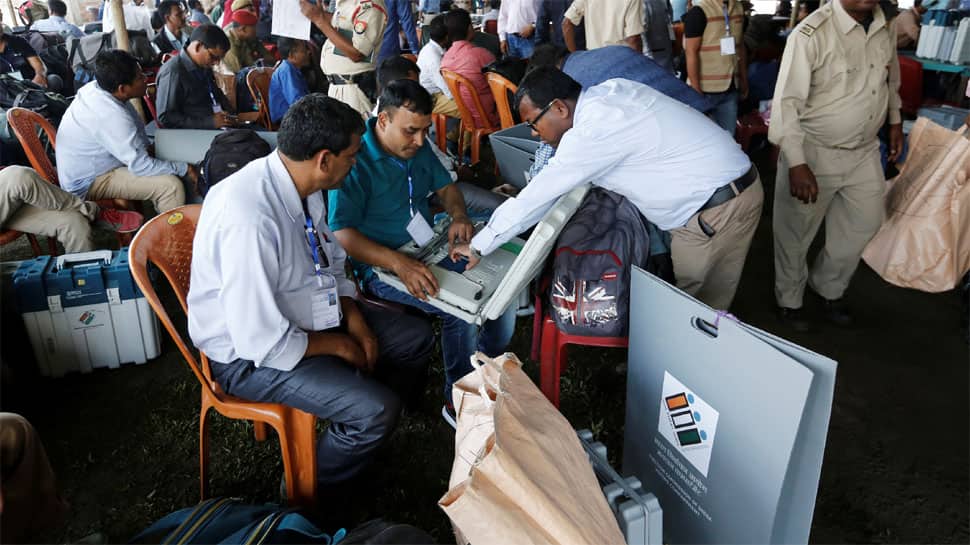 Reports of Electronic Voting Machine (EVM) malfunctions and glitches emerged from several constituencies during the first phase of Lok Sabha Election, voting for which is currently underway on Thursday, April 11. Election Commission officials said that in some polling stations, voting was halted temporarily due to the malfunctioning of either the EVM or the Voter-Verifiable Paper Audit Trail (VVPAT) machines.

In Andhra Pradesh, EVM malfunctioning halted the polling process in some constituencies. At Kanchikacherla village of Krishna district and Rajam town of Srikakulam district, voting was stalled till the machines were rectified or replaced. Voting was delayed at booth numbers 154, 196, 198 and 200.

Andhra Pradesh Chief Minister and Telugu Desam Party (TDP) President Chandrababu Naidu expressed his unhappiness over EVM glitches. Speaking to media, Naidu said that polling was delayed at several places as the EVMs were not functioning. He said an EVM was not working where Chief Electoral Officer Gopal Krishna Dwivedi went to cast his vote.

In a letter to Chief Election Commissioner, Naidu wrote, “Likely that many voters who returned may not come back for voting even if polling is resumed after replacement / repair of existing EVMs.Therefore repolling needed in all polling stations where polling had not commenced upto 9.30am.”

Incidents of EVM glitches also emerged from West Bengal's Cooch Behar and Alipurduar constituencies. The voting process in a number of polling stations in Cooch Behar was temporarily disrupted for after the machines stopped working. Alleging conspiracy, Trinamool Congress district chief Rabindranath Ghosh said, "How can so many EVMs go bad? We smell a conspiracy. I have tried to complain to the Election Commission but they are not reachable. So I have informed the District Magistrate."

Few incidents of EVM malfunctioning were reported from some booths in Bihar's Nawada Lok Sabha, Gaya and Jamui constituencies.

Snags in EVMs were also reported from Odisha's Malkangiri and Chitrakonda areas under Nabarangpur Lok Sabha seat, Lamptaput and Jeypore in Koraput and Gopalpur, Digapahandi and Berhampur. Several voters returned from a booth at Godibali under Kashipur block of Rayagada district following delay in voting due to technical glitches in EVM, sources said.

In Assam too, reports of EVM glitches emerged from Lakhimpur and Kaliabor constituencies.

In an unrelated development, a Jana Sena Party candidate Madhusudan Gupta threw the EVM on the floor at a polling station in the Guntakal Assembly constituency of Andhra Pradesh's Anantapur district. He was later arrested.